Woods finishes with bogey-free 67 at Greenbrier 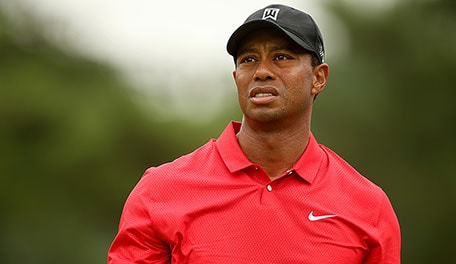 WHITE SULPHUR SPRINGS, W. Va. – Tiger Woods officially has a little bit of momentum to pack with him when he heads to the Open Championship.

After struggling with consistency over the last two days at The Greenbrier Classic, Woods was rock-solid from tee-to-green Sunday during the final round. He carded a bogey-free, 3-under 67, a score that could have been even lower were it not for a balky putter.

“Today was a good day. I played really well today,” Woods said. “It’s the best I’ve hit it in a very long time. I had full control over all the clubs. I hit it great, I had it shaped both ways, right-to-left, left-to-right, I had it all on call today.”

Woods missed only two fairways and found 15 of 18 greens in regulation for the second time this week, affording himself chance after chance to make a late run. Instead, he suffered through a series of lip-outs when he missed putts from inside 20 feet for birdie or eagle on eight consecutive holes in the middle of his round.

“I made absolutely nothing,” he said. “I think we counted up, I had six lip-outs for birdie, so this could have been one of those special rounds, I really could have gone low.”

Woods ended the week at 7 under, which was tied for 28th when he completed his round but was expected to drop as the day continued. After completing his first bogey-free effort since the opening round of The Barclays two years ago, he insisted that progress was made this week on the Old White TPC.

“I felt like we made a giant step at Memorial, even though I shot those big giant numbers, but the pattern was set. Just had to refine it, and this week was definitely that,” he said. “Definitely refined it. If I had just made a couple putts, this week could have been completely different.”

Woods will now head to the Old Course at St. Andrews for the season’s third major, eyeing another shot at the claret jug and his first victory in nearly two years.

“It’s been a very positive week,” he said. “I made some nice strides heading into the British Open. I’ll do some good work next week, and be ready come Thursday.”