Woods fires shot into crowd: 'I kept moving them back' 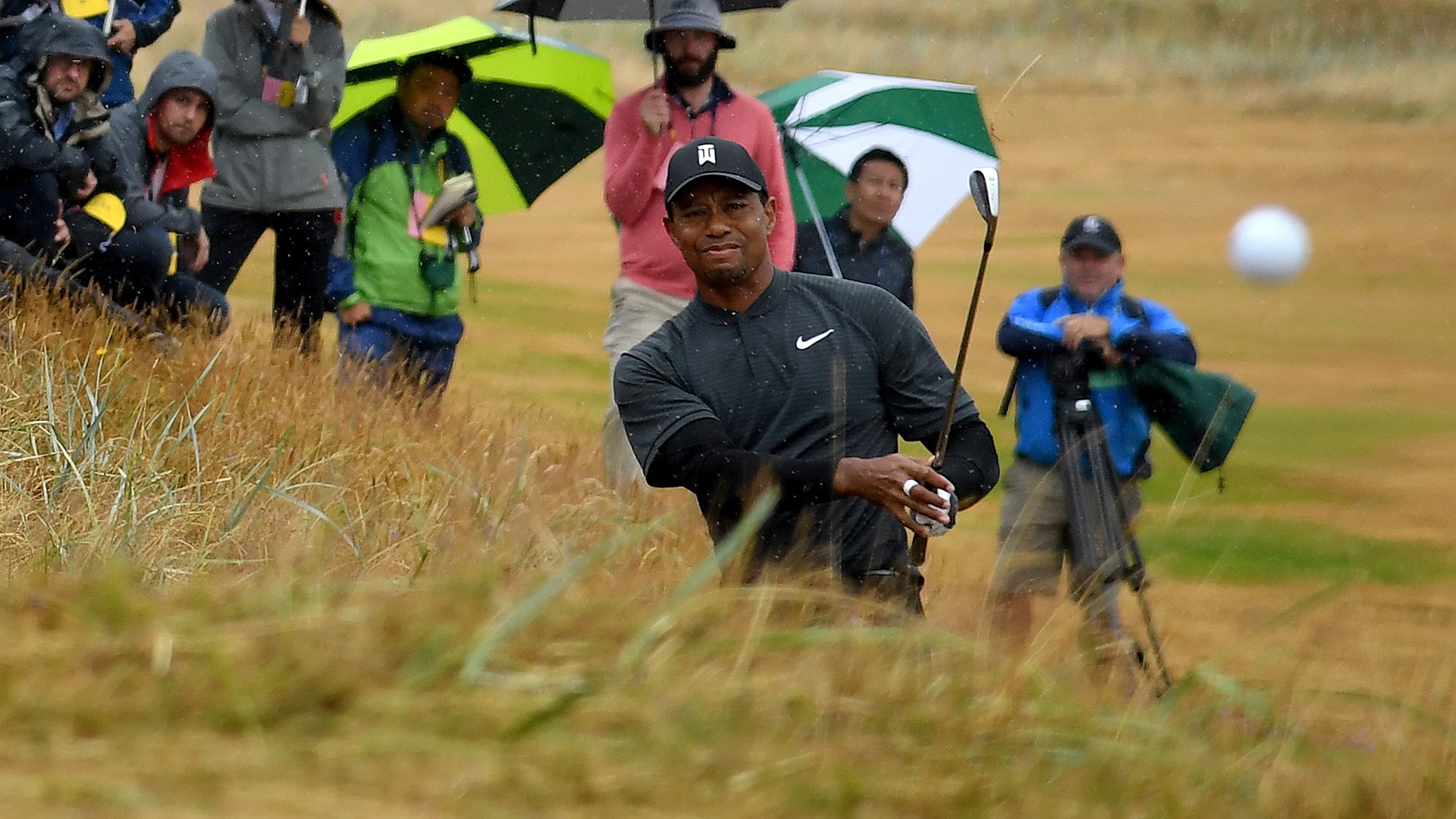 CARNOUSTIE, Scotland – It added up to another even-par round, but Tiger Woods had an eventful Friday at The Open.

His adventure started on the second hole, when he wiped a drive into the right rough. Standing awkwardly on the side of a mound, he prepared for a quick hook but instead fired one into the crowd that was hovering near the rope line.

“I kept moving them back,” he said. “I moved them back about 40 yards. I was trying to play for the grass to wrap the shaft around there and hit it left, and I was just trying to hold the face open as much as I possibly could. It grabbed the shaft and smothered it.

“I was very, very fortunate that I got far enough down there where I had a full wedge into the green.”

Woods bogeyed the hole, one of four on the day, and carded four birdies in his round of 71 at Carnoustie. When he walked off the course, he was in a tie for 30th, six shots off the clubhouse lead.

It’s the first time in five years – since the 2013 Open – that Woods has opened a major with consecutive rounds of par or better. He went on to tie for sixth that year at Muirfield.