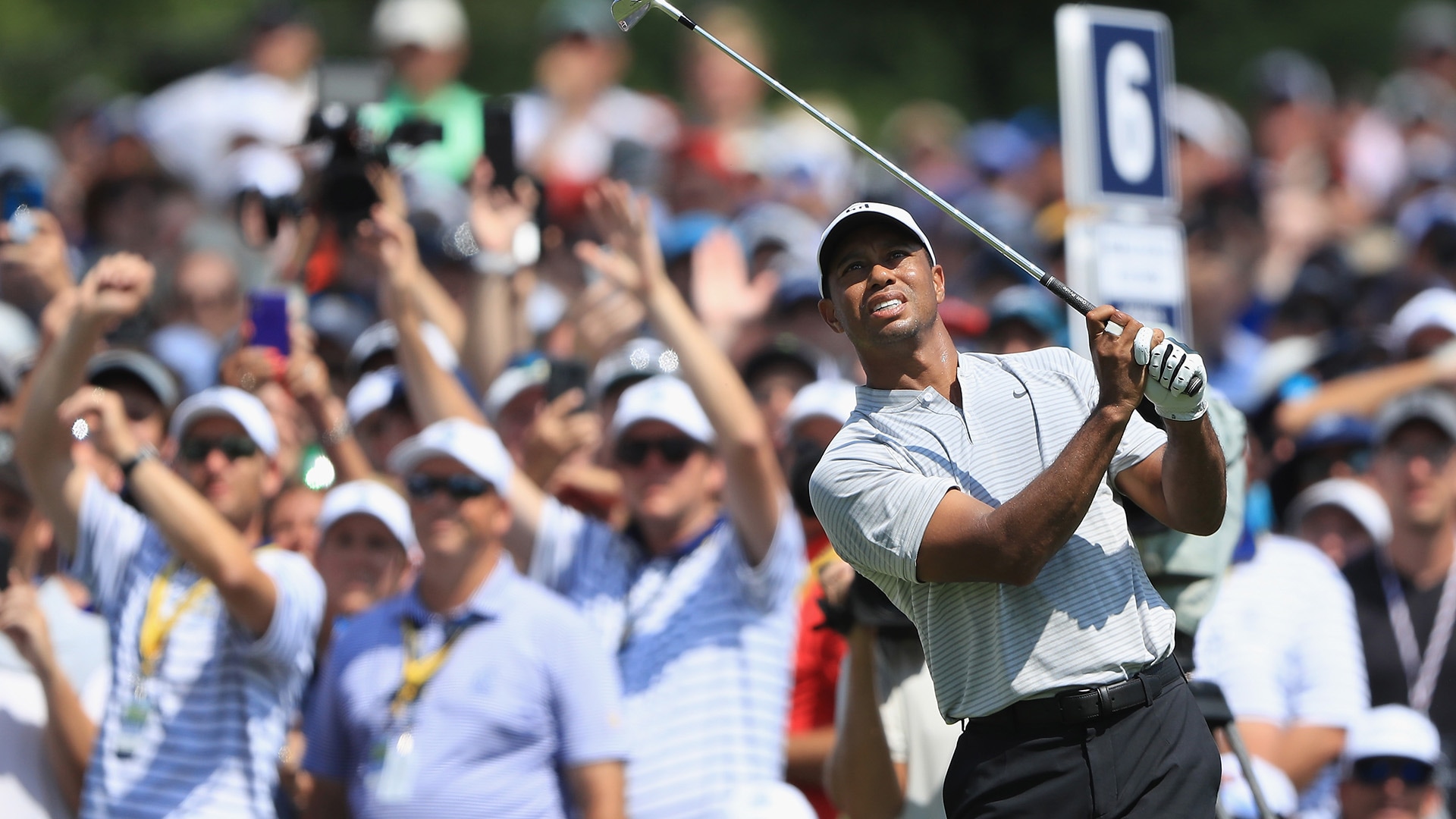 ST. LOUIS – Tiger Woods was standing in the eighth fairway when the weather warning horn sounded at Bellerive at 4:35 p.m. ET (3:35 p.m. local time). After more than three hours of waiting for play to resume, officials suspended play for the day.

The storm halted a comeback for Woods that began on Thursday after he started the PGA Championship bogey-double bogey. He played his next 23 holes in 6 under par.

“The good thing is we're going to have the greens prepared before we go back out there to finish up our second round,” Woods said. “It would have been quite a bit different if we had to go back out this afternoon and finish it up. But the greens will be freshly cut, so it will be just like it was when we played on Thursday.”

Play will resume at 8 a.m. ET followed by the third round.

“Tomorrow is going to be a long day for a lot of us and try and get back at it early tomorrow morning,” he said.