Woods' historic '97 win not only milestone this week 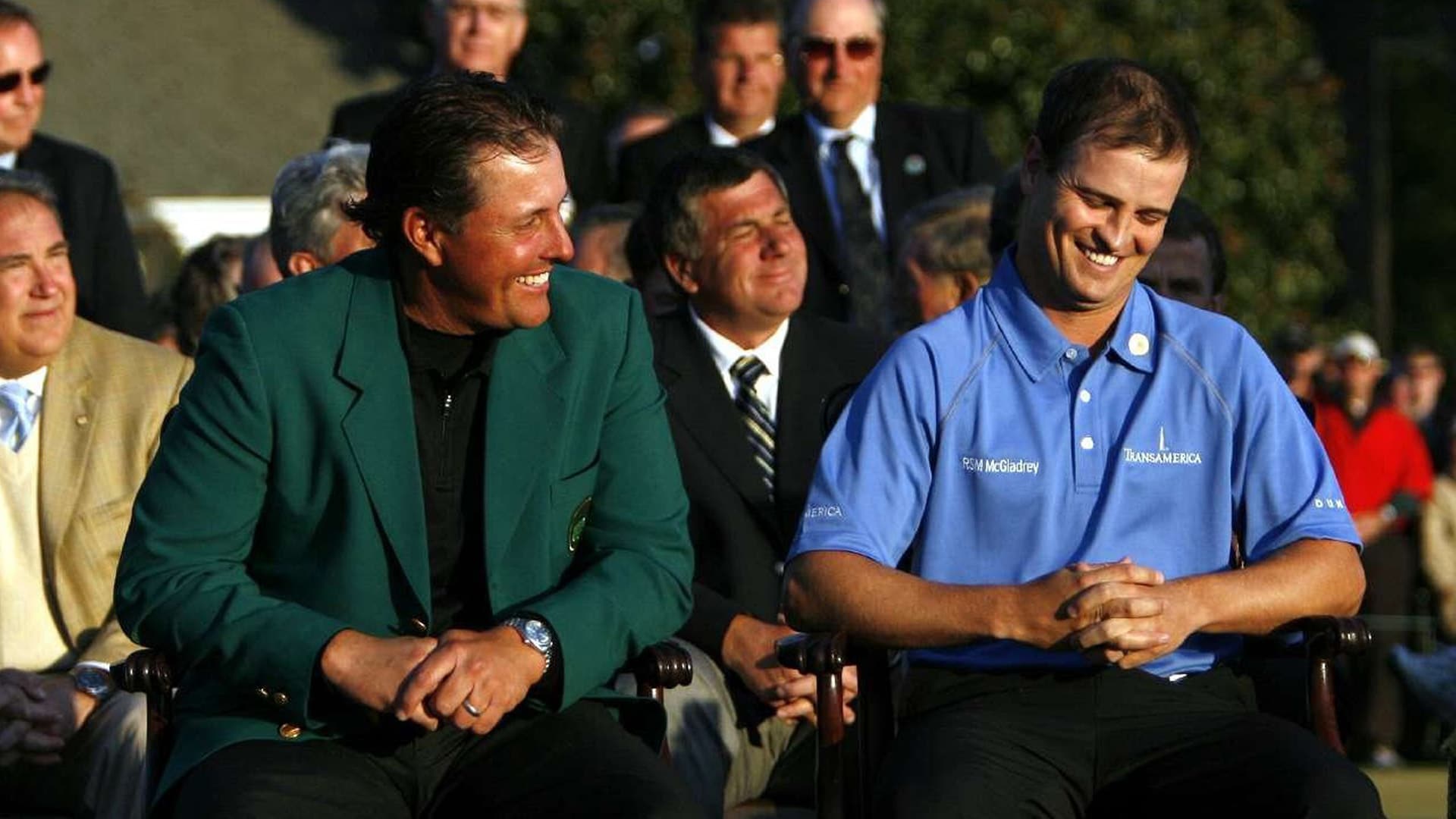 AUGUSTA, Ga. – Even without Tiger Woods in the field this week at Augusta National, the 20th anniversary of his first Masters victory in ’97 remains a hot topic, but it’s not the only notable milestone this week.

Zach Johnson won his first Masters in 2007, a two-stroke victory that featured some of the best wedge play in the event’s storied history.

“I feel a lot older,” Johnson smiled when asked about the anniversary. “My game has certainly matured since then.”

Johnson said everything about Augusta National reminds him of his breakthrough major victory, including the surprising statistic that he had six three-putts that year.

He also recalled that when he set out on Sunday in ’07 he was only a stroke off the lead and tied with Woods in second place.

“I expected him to make a run and I would have a nice respectable week,” he said.

But Johnson birdied three of his final six holes to beat Woods, as well as Retief Goosen and Rory Sabbatini, by two strokes.