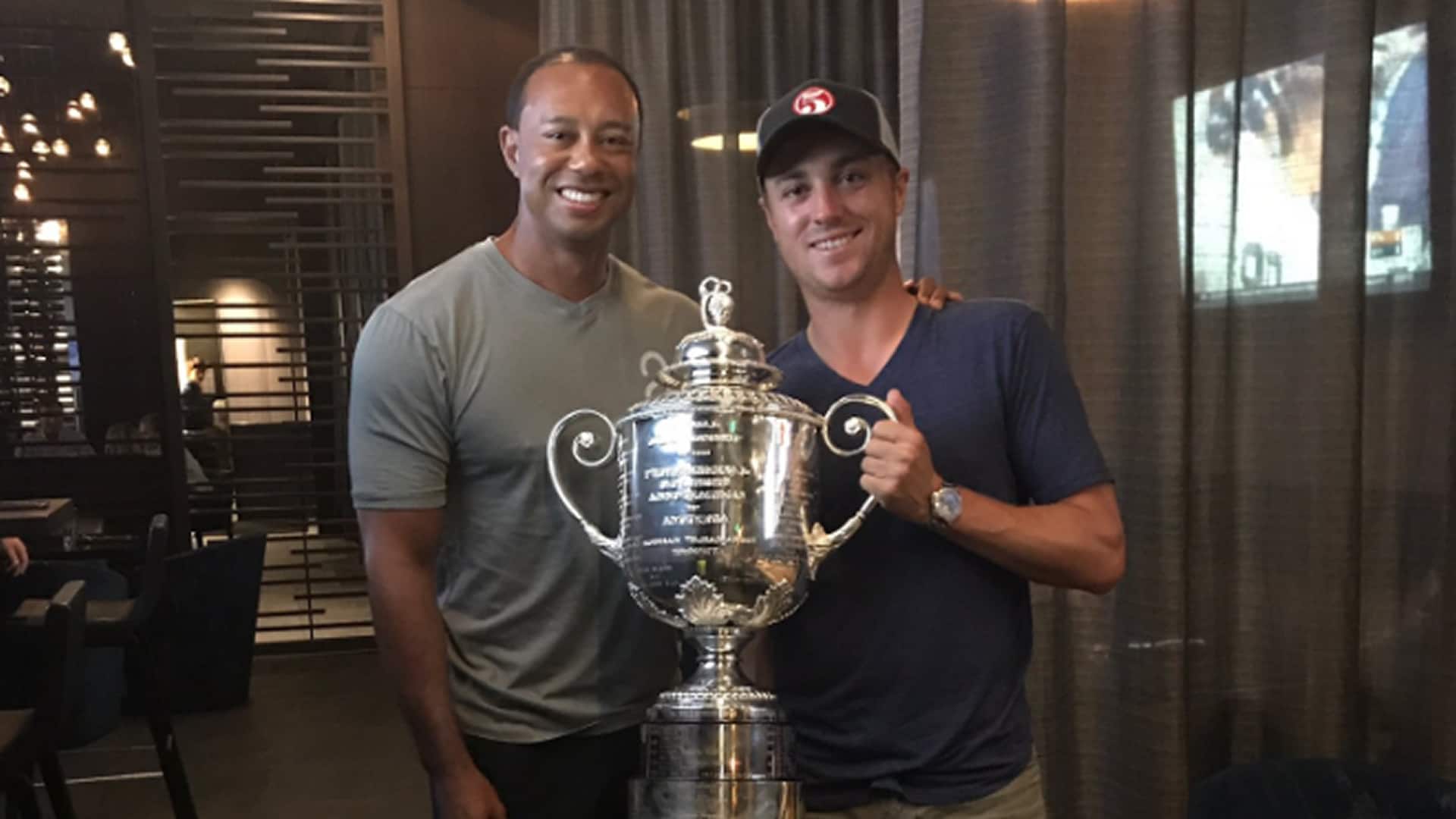 On the same day he was dealing with an apparently leaked toxicology report that listed the drugs found in his system when he was arrested on a DUI charge, Tiger Woods had a much more pleasant experience at dinner, joining PGA champion Justin Thomas, according to this tweet.

Got to have a great dinner with the PGA champion @JustinThomas34 and his family and friends. pic.twitter.com/QwVo5aJ0bg

Thomas lives in Jupiter, Fla.; Woods in adjacent Hobe Sound. The dinner was Woods' restaurant, The Woods, in Jupiter. Thomas said Tuesday on "Morning Drive" that the dinner included: Thomas' girlfriend, mother and a buddy; Tiger and his children; and Rickie Fowler and girlfriend Allison Stokke.

“It’s just a normal dinner, but Tiger is someone I’ve looked up to through my entire life and someone I’ve wanted to model my golf game after," Thomas said. "He’s been such a help, mentor and role model for me – it’s really cool to enjoy these moments with him now.”

Great dinner! Glad to spend the night with TW. Learned a lot from him through the past few years https://t.co/gIQZiebyzE