Woods closes with bogey, makes turn in 1 under 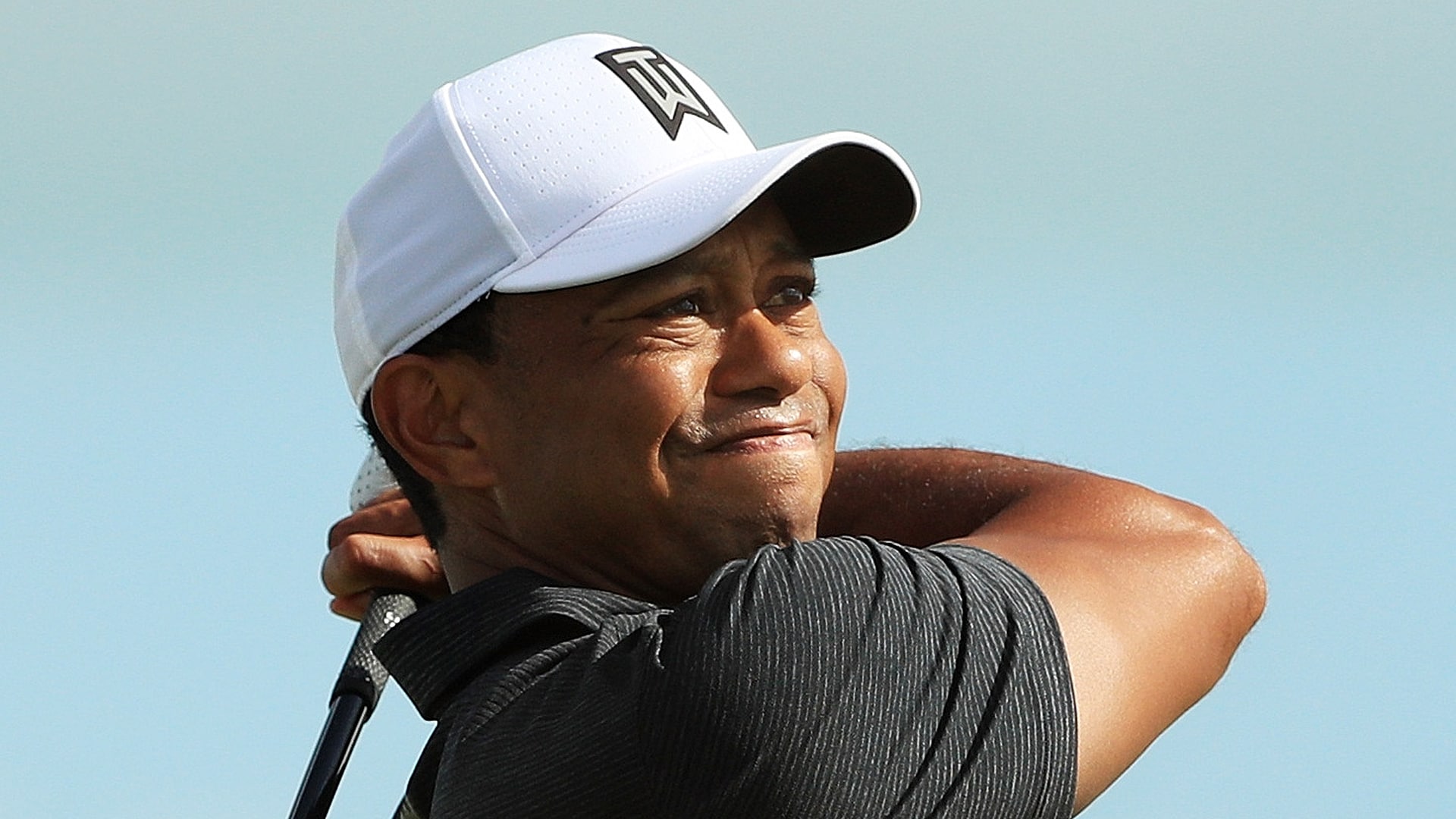 NASSAU, Bahamas – Tiger Woods probably would have taken a 1-under 35 on his opening loop at the Hero World Challenge, his first meaningful golf since February.

Considering the circumstances, however, there was a distinct air of annoyance as Woods made the turn at 1 under, the byproduct of a sloppy bogey at the par-5 ninth hole.

Following birdies at the third and eighth holes, Woods launched his second shot at the ninth to the front edge of the green, about 30 feet from the hole.

From a delicate lie, Woods misplayed his chip, the second time on Thursday he hit a less-than-stellar chip, and he three-putted from just off the putting surface for his first bogey of the day.

Woods was tied for 10th at the turn, three strokes off the lead held by six players, including world No. 1 Dustin Johnson and Jordan Spieth.