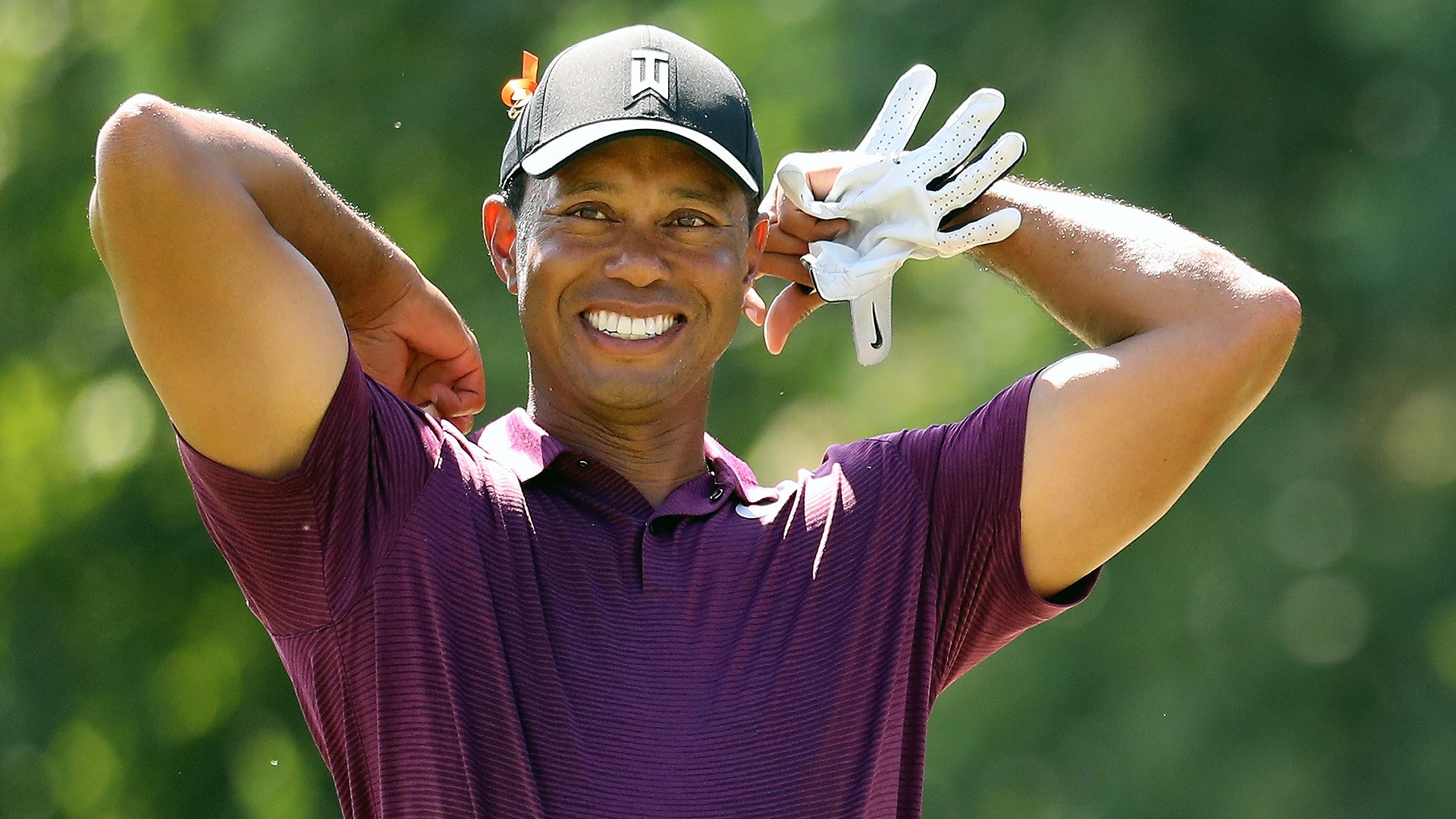 POTOMAC, Md. – There were plenty of highlights to Tiger Woods’ round on Friday at the Quicken Loans National.

His 3-wood at the par-5 second hole from 280 yards that was “smoked” off a downhill lie to set up a two-putt birdie was his particular favorite, and there were plenty of clutch putts worth celebrating.

But the big picture takeaway might have been his par-par finish for a 5-under 65 that moved him into contention at TPC Potomac. At No. 8, his 17th hole of the day, Woods pushed his drive into the thick rough, found a greenside bunker with his second but converted from 5 feet for par.

At his final hole, he again found a greenside bunker and again rolled in a nervy par putt.

“I felt like I played well enough to shoot the score I shot and I didn't want to lose it on the last couple holes,” Woods said. “I could have easily lost it, but I made two nice saves at 8 and 9 and was able to post 5 [under] for the day.”

Statistically, finishing rounds has been an issue for Woods. This season his front-nine scoring average (35) is nearly a stroke better than his average on his closing loop (35.75); and there have been plenty of examples of where he turned a solid round into a sloppy finish.

On Sunday at the Honda Classic, for example, he played his last four holes in 3 over par to finish 12th, and during the final round at the Arnold Palmer Invitational he finished bogey-bogey-par to tie for fifth.

It was the same story on Sunday at The Players when he played his last five holes in 3 over par.