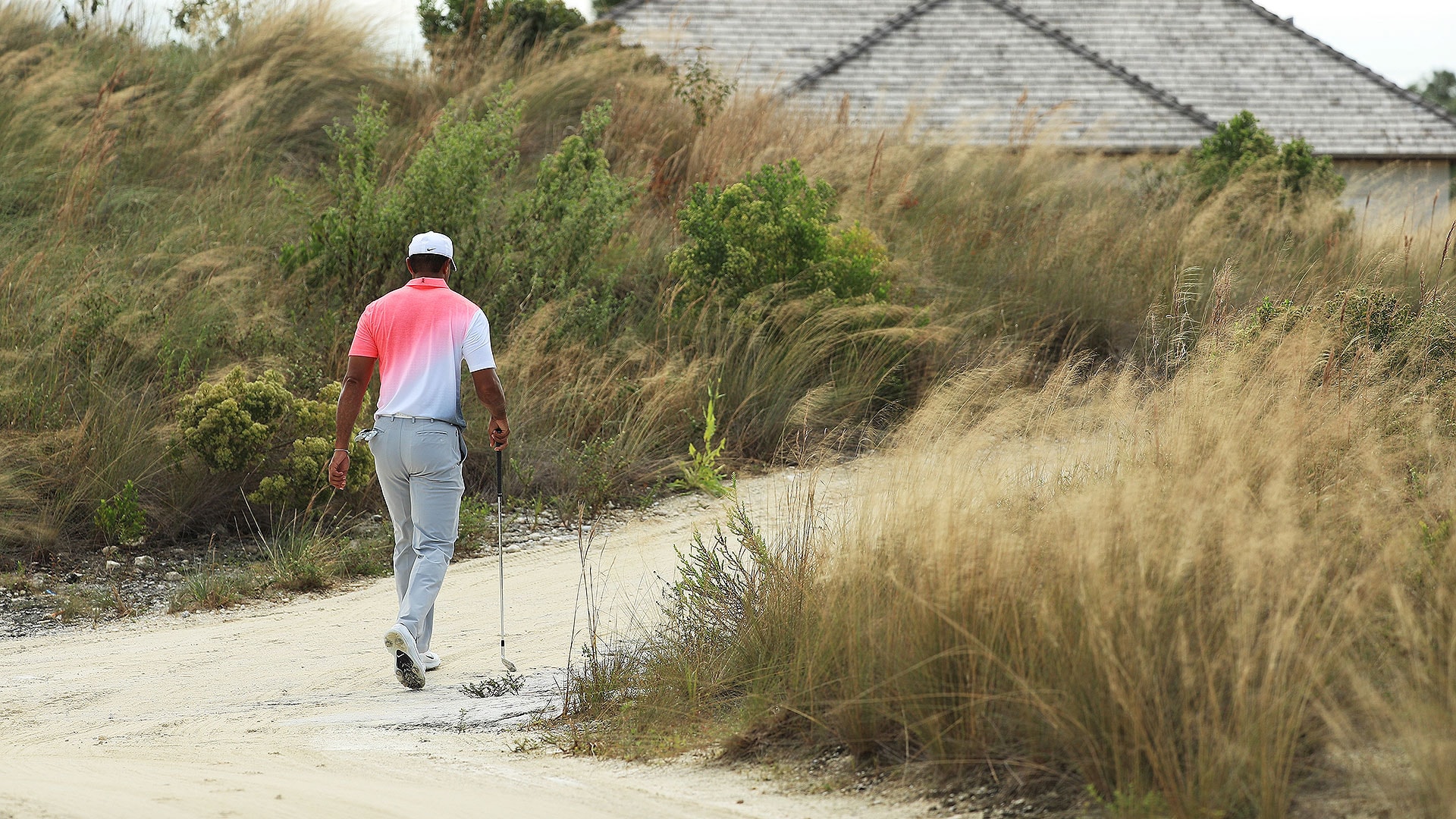 NASSAU, Bahamas – The final preparations have been made, the hyperbole has reached a crescendo, and now all that remains is the main event.

Tiger Woods completed his pro-am round on Wednesday at the Hero World Challenge, his first 18-hole round this week, and headed to the practice tee for some final tinkering before Thursday’s opening round, his first competitive round since having fusion surgery on his lower back in April.

“My driver feels good, I feel like I'm hitting it well,” said Woods, who missed just one fairway during his pro-am round and would have posted something around 3-4 under on his own golf ball, a number helped by an eagle at the par-4 seventh hole which was playing about 300 yards. Woods drove the green and made a 20-foot eagle putt:

.@TigerWoods drove the green on the 340-yard 7th hole during his pro-am round on Wednesday.

Then he made the 20-foot putt for eagle. pic.twitter.com/P6nBsM9H2g

Woods said he wanted to work on his distance control with his irons and continued to focus on his chipping to prepare for his first competitive round since February when he withdrew after 18 holes from the Dubai Desert Classic.

Asked what he was looking forward to the most, Woods left no room for interpretation.

“Competing again,” he smiled. “It's been a very long time and I'm really looking forward to getting out there and playing with Justin [Thomas] and having a good time.”