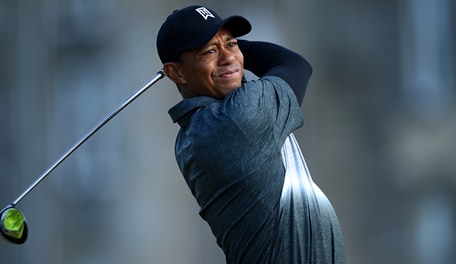 Tiger Woods' recent plummet in the world rankings will not cost him a spot in the limited-field event he hosts later this year.

Woods enters this week's Quicken Loans National at No. 266 in the world, and spots in the 18-man Hero World Challenge are typically awarded only to players ranked inside the top 50. As Golf Channel insider John Feinstein reported on "Golf Central," Woods has sought and will receive an exemption, regardless of his world ranking, into the event he has hosted since 1999.

The PGA Tour will also allow the event to continue to award OWGR points, even though limited-field events like the Hero and the 24-man Nedbank Golf Challenge are ordinarily only able to do so if all of the participants are inside the top 50.

"Given the fact that the Tiger Woods Foundation owns and runs the event, that Tiger hosts the event, that he's been critical to the success of the Tiger Woods Foundation and he's won the tournament five times, we felt the request was reasonable," Ty Votaw, the Tour's executive vice president, told multiple media outlets. "After consulting with the Official World Golf Ranking people, we approved it."

Woods began the year at No. 32 in the world but has seen a steady decline in his ranking as poor tournament results have piled up this season. Without a strong showing this week in Gainesville, Va., Woods could fall outside the OWGR top 300 by the time he tees it up next month at the PGA Championship.

After battling injuries in 2011, Woods was barely inside the OWGR top 50 by the tournament's September deadline and actually began the event at No. 52 in the rankings. He went on to win, vaulting to No. 21 and jump-starting his run back to world No. 1.

The Hero World Challenge will be held Dec. 3-6 at Albany in the Bahamas, which will host the event each of the next three years.