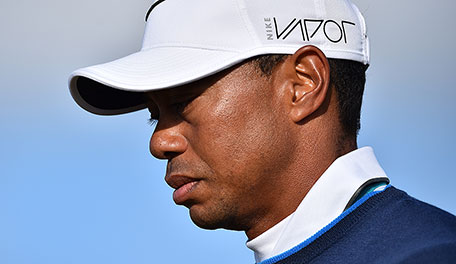 GAINESVILLE, Va. – This week’s Quicken Loans National will be Tiger Woods’ second-to-last event of this season unless something dramatic happens at Robert Trent Jones Golf Club or in two weeks at the PGA Championship.

Woods is an eight-time winner of next week’s WGC-Bridgestone Invitational but is currently not qualified for the event. The only way to earn a spot in the field at Firestone is to win this week.

“I won there a couple years ago. Unfortunately, I can’t get an invite there unless I win [Quicken Loans],” he said. “I might as well earn one this week and go out and get it done this week.”

Woods was asked specifically about playing the Barracuda Championship next week and he said he would not. It also seems unlikely he would play the Wyndham Championship, which is the week after the PGA and the last regular-season event before the FedEx Cup playoffs.

Woods is currently 197th on the FedEx Cup points list and would need to play his way into the top 125 in order to qualify for the first postseason event (The Barclays).