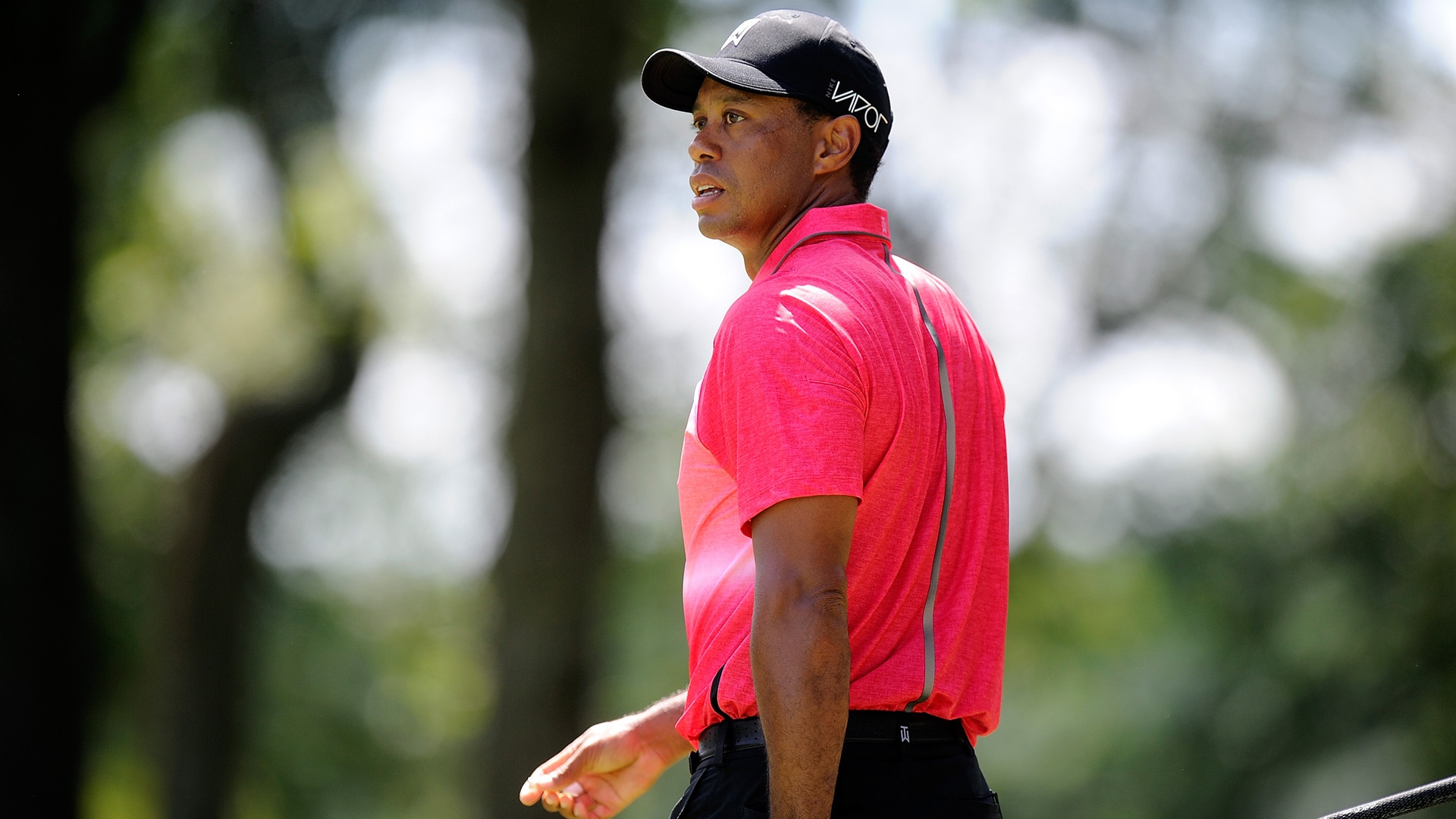 Now 10 months removed from his last competitive round, Tiger Woods said Wednesday that he is “still progressing,” but there is no timetable for his return and he is taking his recovery “week-to-week.”

Speaking at a pre-tournament news conference for the Quicken Loans National, which benefits his foundation, Woods said that he’s able to play 18 consecutive holes but that he needs to string together rounds for four or five days in a row – and practice both before and after those rounds – before he can seriously consider a return to the PGA Tour.

Woods said there are encouraging signs after undergoing a third back surgery last fall: He’s gained strength, speed and distance off the tee, and his quality of life has improved off the course as well, where he now can play soccer and ride bikes with his two young kids.

“It’s going to take me a little bit of time, yes,” he said, “but hopefully not very long.”

As for a potential timetable for a return, Woods offered no new clues.

There are only nine regular-season events remaining this season in which Woods is eligible to play, including the July 14-17 Open Championship and July 28-31 PGA Championship.

“I’m just playing it week-to-week,” he said. “I keep getting better, keep getting physically better. I just hope that everything clicks in and I can do it sooner than later.”