Woods withdraws from The Open 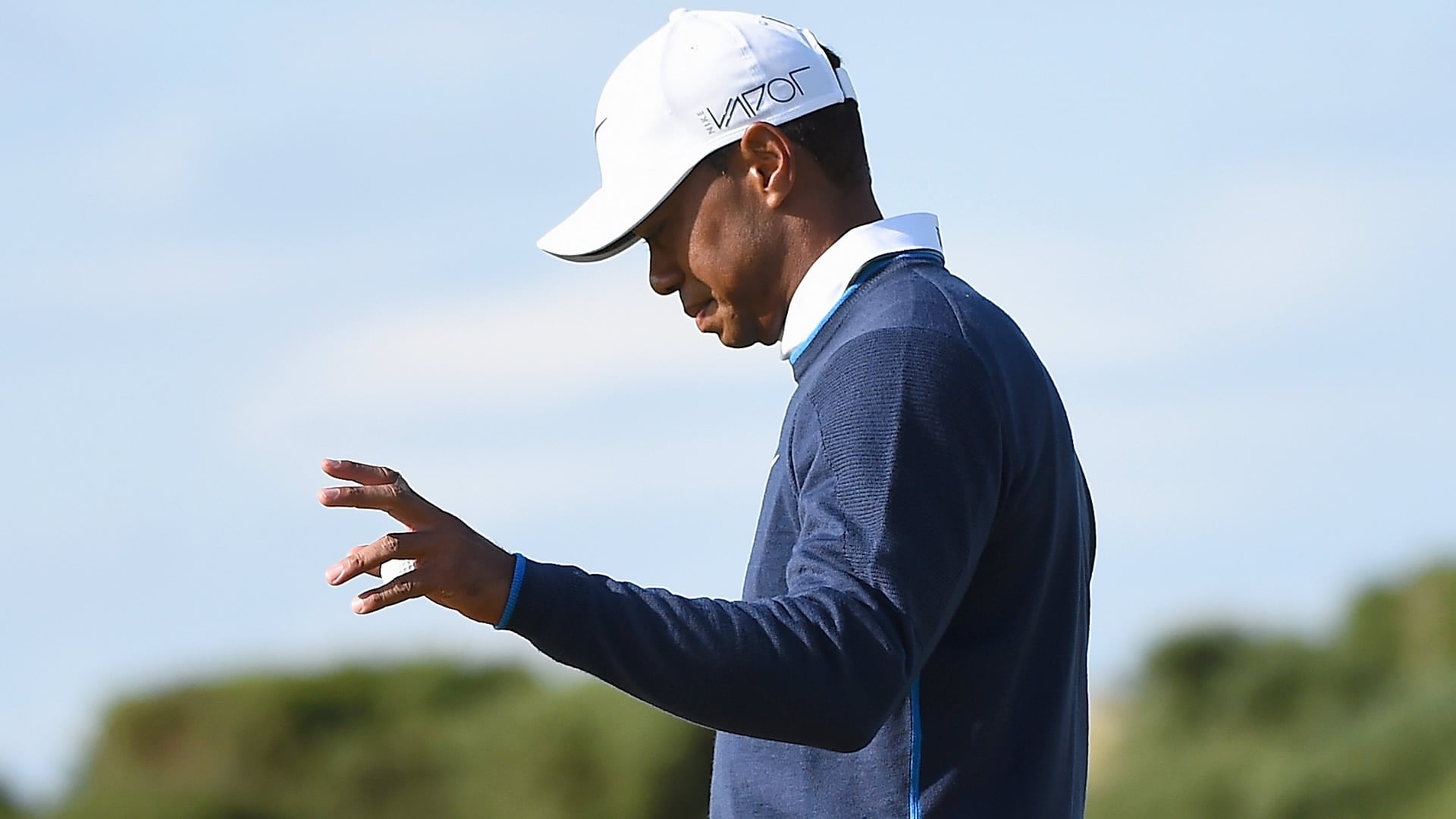 Tiger Woods has withdrawn from the 145th Open, the R&A announced Friday.

Woods has not played competitively in nearly a year as he recovers from multiple back surgeries. This marks the third time that the three-time Champion Golfer of the Year has withdrawn from The Open because of injury, and the first such instance since 2011. He won the event in 2000, 2005 and 2006 but missed the cut last year at St. Andrews.

The withdrawal means that Woods, who turned 40 in December, will miss three straight major championships for the first time in his professional career.

At last week's Quicken Loans National, Woods talked about the frustration of not being able to play. "It's not fun," he said. "It's a tough road. I know I'm getting better. I'm progressing, but still I'm just not quite ready to be out here.

"I know I can play with these guys. I know I still can. I just need to get healthy enough where I can do it on a regular basis."

Woods will be replaced at Royal Troon by Australia’s Marcus Fraser. Luke Donald is now the first alternate, while Americans Daniel Summerhays and Charles Howell III are second and third alternates, respectively.