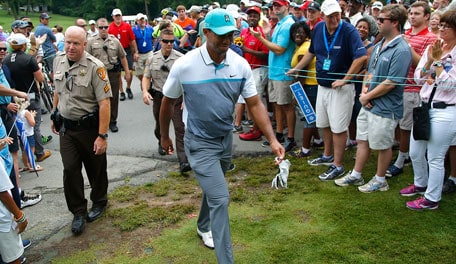 Tournament director Mark Brazil estimated officials had sold an extra 6,000 tickets for Thursday’s opening round and said he anticipates selling an additional 8,000 to 10,000 more on Friday and for the weekend if Woods makes the cut.

Woods, who has never played the Wyndham Championship, opened with a 6-under 64 and was tied for fifth when he completed his round. He will need to win or possibly finish alone in second place this week to advance to the first playoff event next week.