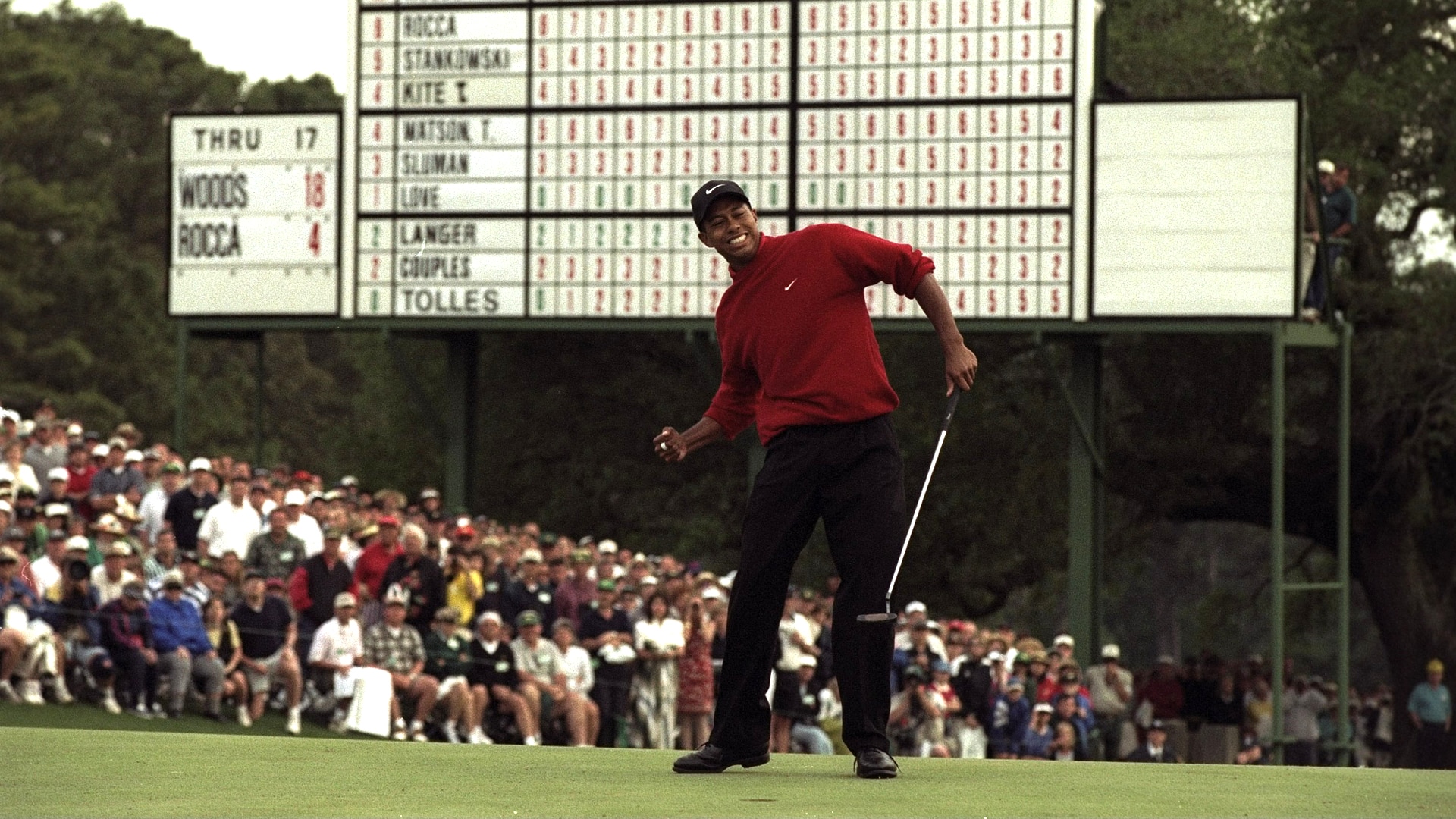 Tiger Woods is coming back - to bookshelves, that is.

Woods announced Monday that he is writing a book about his win at the 1997 Masters, which will be released in March to coincide with the 20th anniversary of his first green jacket victory.

Woods, then 21, took Augusta National by storm that year, winning by a record 12 shots to become the youngest champion in tournament history. According to a release on his website, Woods will use the book to "open up about his relationship with father Earl Woods, dispel previous misconceptions and will candidly reveal many more stories that have never been told before."

This will mark Woods' first published book since he wrote "How I Play Golf," which was released in 2001.

"The 1997 Masters was one of the most important tournaments in my life for many reasons," Woods said as part of the announcement. "I think about the hug with my dad and all the events that went on that week. A lot of people know generally about that tournament, but this gives me a chance to tell in detail what happened on and off the course."

The book, which is currently untitled, will be co-written with Lorne Rubenstein, who interviewed Woods for a Time Magazine Q&A in December.

Woods, 40, remains sidelined from competitive golf after undergoing multiple back surgeries in the fall. He last played at the Wyndham Championship in August and has reiterated this year that there is still no timetable for his return to competition.