Would Day rather face DJ or Rory on Sunday? 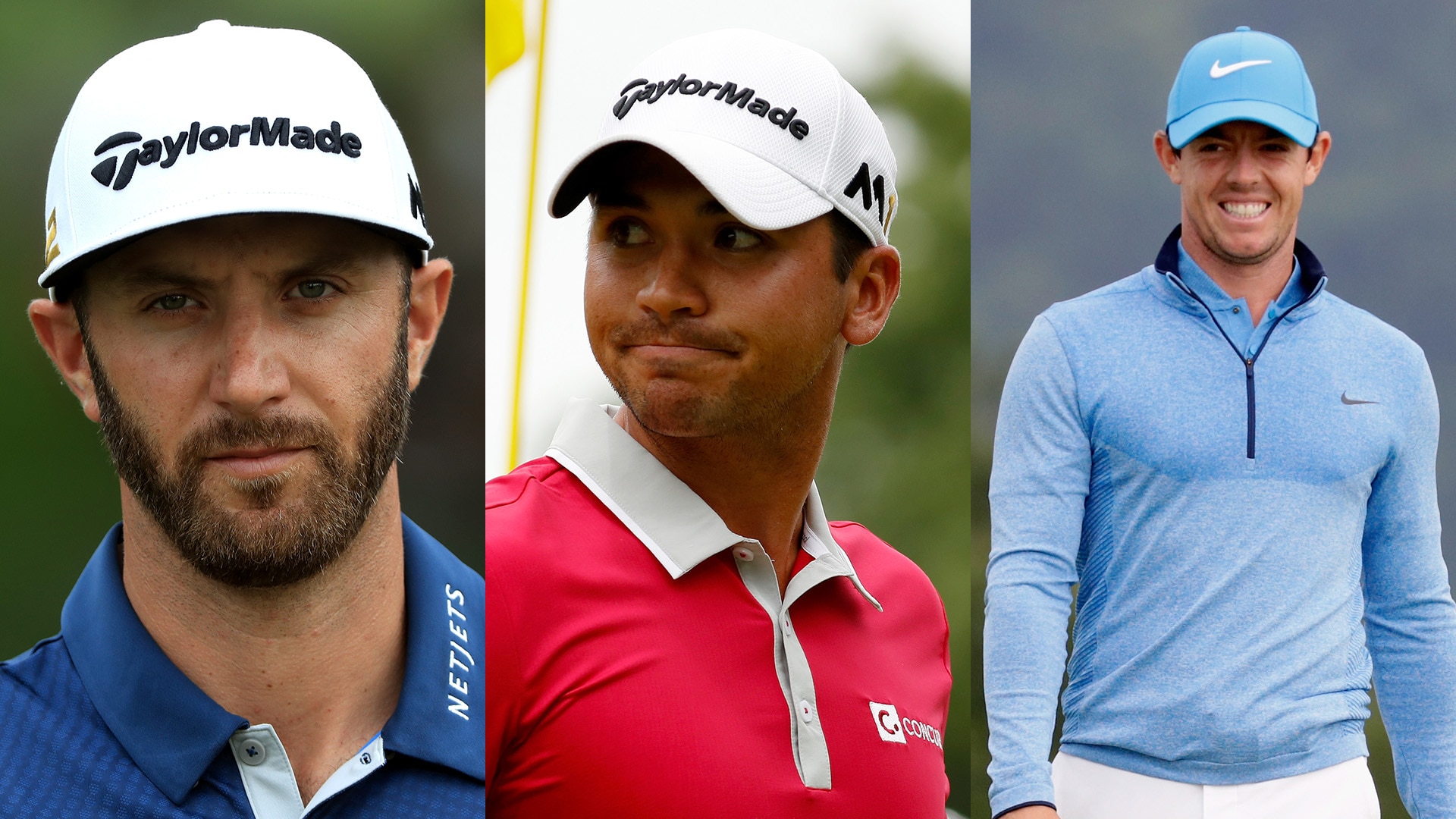 TROON, Scotland - Tiger Woods went 13-for-14 in closing out major championships with a 54-hole lead. Whether players admitted it or not (and many have), there was an intimidation factor Woods brought with him every time he teed it up for more than a decade.

And while no player today evokes the same magnitude of intimidation, it's still worth wondering - and asking- about the extent to which some players intimidate others.

That's exactly what one journalist sought to find out from world No. 1 Jason Day Monday at Royal Troon.

Q: "If you had a one-shot lead going into Sunday, who is the last guy you would want to see on the tee with you - Dustin or Rory?"

A: "It doesn't matter. Either or is fine. I'm happy to take either or. I'm not so worried about them beating me. I'm worried about myself, beating myself, and that's the biggest thing. To really try to conquer yourself and try to conquer your ego at times. If they beat me just because they play better, that's fine. But if I beat myself and let them beat me, that's what's disappointing and frustrating for me."

Not as straightforward a response as we would have liked, but eloquent and thoughtful from Day per usual.

While not apples to apples, Day and DJ did play together on a Sunday at a major as recent as this year's Masters (although not in the final group). DJ closed with 71 to finish in a tie for fourth while Day shot 73 to finish in a tie for 10th. For what it's worth, Day beat McIlroy, 1 up, in the semifinal match of the WGC-Dell Match Play in March.

Also of note, Day has been in constant contact for many months with a certain 14-time major champion, picking his brain about what he did to be so dominant for so long.

Here's hoping for some combination of a Day-DJ-McIlroy final pairing on Sunday ... no matter the outcome.