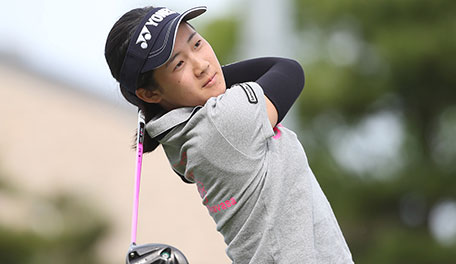 Japan’s Suzuka Yamaguchi will tee it up as the youngest competitor in this week’s U.S. Women’s Open.

At nearly 15 years old, Yamaguchi almost seems too old to be the youngest player in a U.S. Women’s Open field. She will be 14 years, 11 months and 10 days old when she tees it up in the first round Thursday at Lancaster Country Club, 80 miles west of Philadelphia.

In case you’re wondering, Lucy Li didn’t qualify for this year’s championship. Li became the youngest player to qualify for a U.S. Women’s Open last year when she teed it up at 11 years, 8 months and 19 days old at Pinehurst. Li came up six strokes short of making it through the sectional qualifier this year at Serrano Country Club in El Dorado Hills, Calif.

Yamaguchi is among 30 teenagers in this year’s field and among 25 amateurs. She was one of six players to make it through the sectional qualifier at Hyogo Pref, Japan, last month. The average age of players competing in the U.S. Women’s Open this year is 25.

This week’s field of 156 includes 95 exempt players and 10 past champions. The USGA accepted a record 1,873 entries this year with qualifying at 25 sites around the world in May and June.