You Oughta Know: Phil or Henrik with edge? 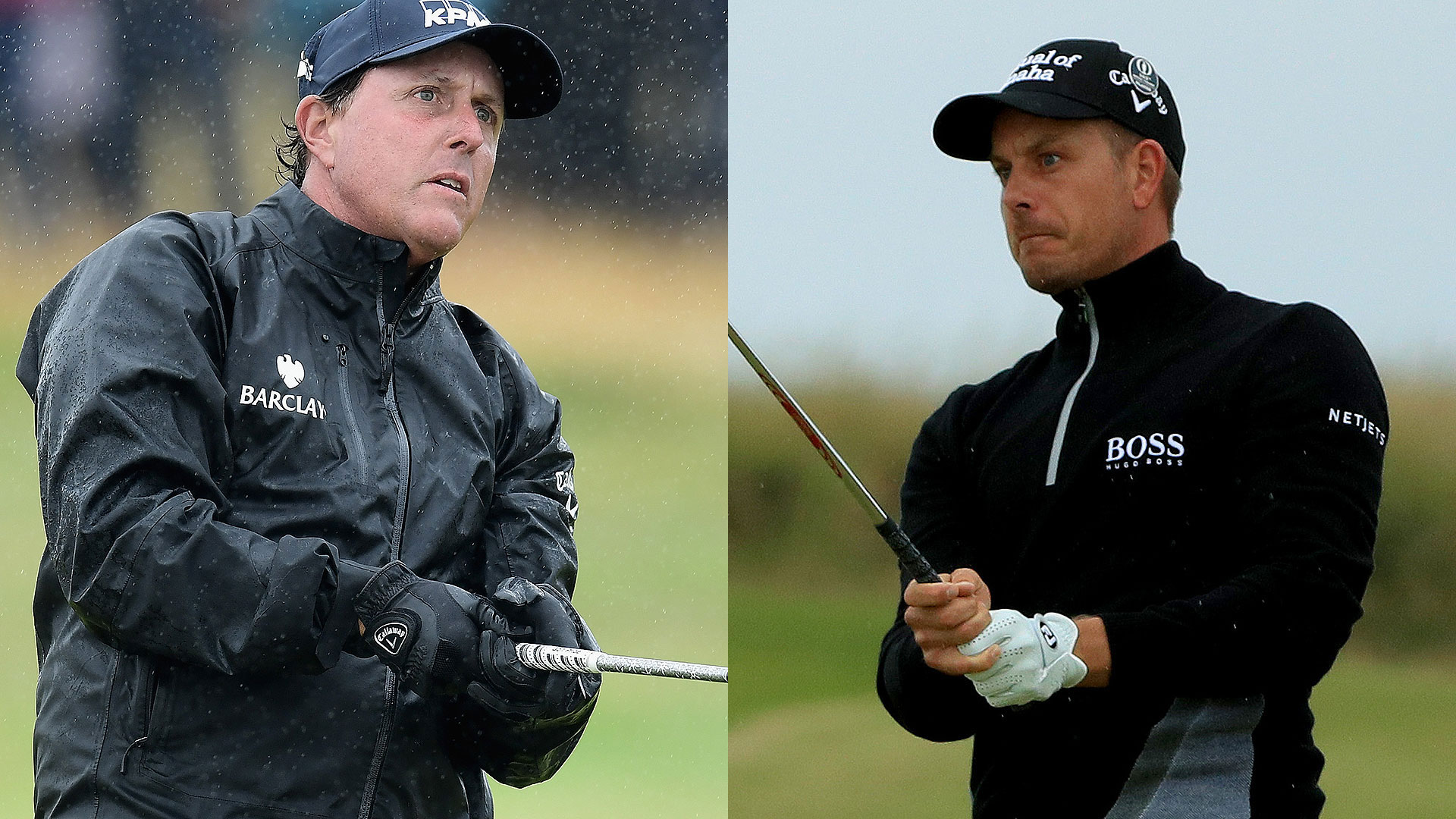 TROON, Scotland – It’s a two-horse race between Henrik Stenson and Phil Mickelson to determine the Champion Golfer of the Year. Stenson is a shot ahead and looking for his first major championship. Mickelson hasn’t won since The Open in 2013 at Muirfield.

Here are some things You Oughta Know heading into the final round of The Open at Royal Troon.

• This is the first time Stenson has held a 54-hole lead in a major in his career. It’s also the first time he’s ever played in the final pairing of a major.

• The 54-hole leaders of the Masters (Jordan Spieth) and the U.S. Open (Shane Lowry) did not go on to win. Both tied for second place.

• Stenson has finished fourth or better seven times in majors but has never won. He’s attempting to become the first man from Sweden to win a major.

• This is the 11th time Mickelson will play in the final pairing in a major. He went on to win three of the previous 10 times.

• Bill Haas is in third place, six shots behind Stenson. This is his 28th major and he has never finished inside the top 10.

• Andrew “Beef” Johnston is in fourth place and playing in only his third major championship. He missed the cut in The Open in 2011 and tied for 54th last month at the U.S. Open at Oakmont. He has no three putts for the week and is averaging 1.46 putts per green for the tournament.