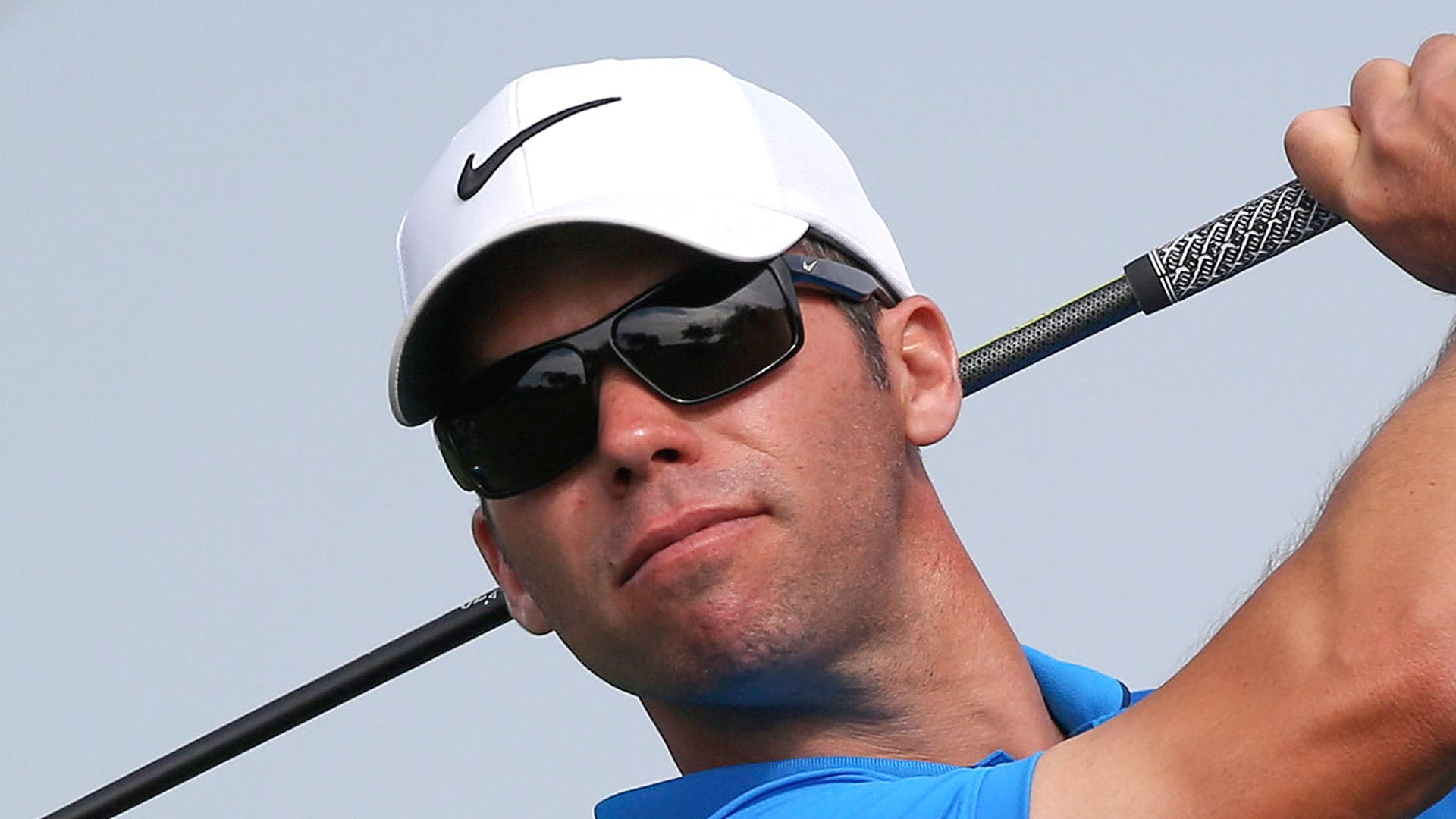 After three straight rounds of 66, Paul Casey is poised to snag the trophy at the Deutsche Bank Championship. Here's what You Oughta Know heading into the final round at TPC Boston, where the Englishman holds a three-shot lead:

• Casey is making his 194th career PGA Tour start this week, but his lone prior win came at the 2009 Shell Houston Open. That also marks the only prior time that Casey held a 54-hole lead in the U.S.

• Casey has been much more prolific on the European Tour, where he has won 13 times before, most recently at the 2014 KLM Open. Casey rescinded his European Tour membership this year to focus solely on the PGA Tour.

• Casey's best finish of the season came at the Masters, where he tied for fourth, but he has only one top-10 finish in his 10 starts since Augusta (T-10, PGA Championship).

• Casey's closest competitor is Brian Harman, who will begin the final round three shots back at 12 under. Harman's lone Tour title came at the 2014 John Deere Classic.

• Smylie Kaufman is tied with Chappell at 11 under. A winner earlier this season in Las Vegas, Kaufman missed the cut in each of his last four starts and hadn't played the weekend since a T-27 finish at the WGC-Bridgestone Invitational.

• Jimmy Walker is also tied for third at 11 under. Walker missed the cut in each of his first two starts after his PGA Championship victory but is looking to win multiple tournaments for the third straight season.

• Each of the last six winners of this event have trailed entering the final round, with each winner from 2010-2014 overcoming a deficit of at least two shots.

• Rory McIlroy is tied for seventh following a third-round 66. After struggling mightily with his putter in his last two starts, McIlroy has picked up more than four strokes on the field with his putting over the last two rounds.

• The top 70 players in the FedEx Cup standings will advance to next week's BMW Championship. Based on the projected results through 54 holes, Ricky Barnes is clinging to the 70th spot by two points over No. 71 Jon Curran.