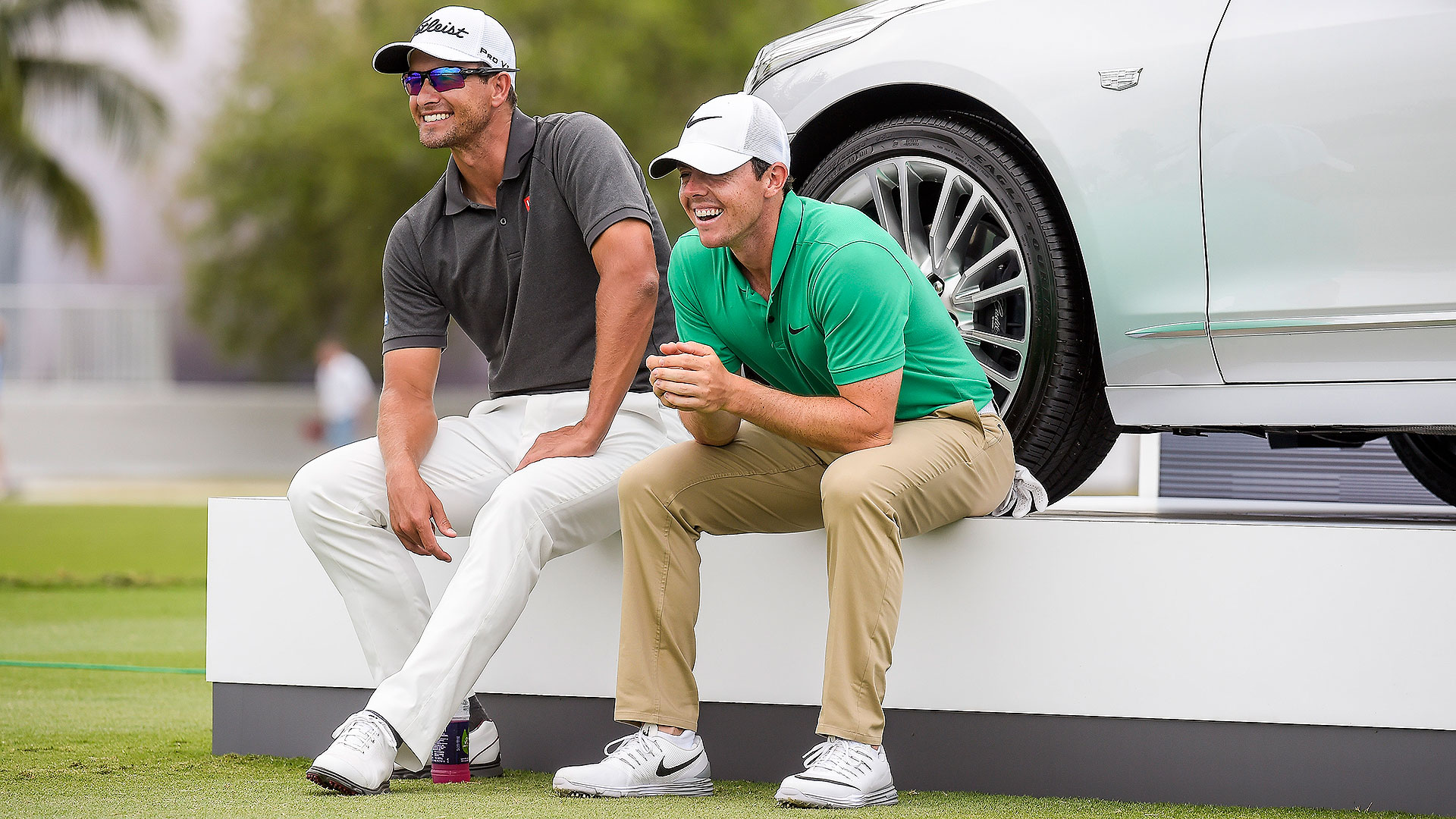 Rory McIlroy leads Dustin Johnson and Adam Scott by three shots heading into the final round of the WGC-Cadillac Championship. Here's what You Oughta Know for Sunday at Doral, where history favors one of those three to take home the title.

• The last 14 winners at Doral were in either first or second through 54 holes, making it perhaps even more of a three-man race (Phil Mickelson, Bubba Watson and Danny Willett are all five back). The last winner to come from outside the top 2 was Joe Durant in 2001.

• McIlroy has converted six of eight 54-hole leads in his PGA Tour career. When up by three shots, he's six for seven, losing only the 2011 Masters. Ten of the last 14 54-hole leads have taken home the title at Doral.

• The switch to left-hand low appears to be paying off for the leader, who was the only player in the field Saturday without a dropped shot. McIlroy has been bogey-free for his last 34 holes and played his last two rounds a combined 10 under.

• A win Sunday would give McIlroy his third WGC victory (Bridgestone '14, Match '15). He would join Geoff Ogilvy and Tiger Woods (18) as the only man to win three. A win would also give McIlroy his 12th Tour title. SInce World War II, only Woods and Jack Nicklaus have won that many times before the age of 27.

• Dustin Johnson is looking to become just the third man in history to repeat as champion at Doral, joining Ray Floyd (1980-81) and Tiger Woods (2005-07). Johnson was won in each of the last eight season for the longest active streak on Tour.

• Scott in 2015 went without at least one worldwide title for the first time since 2000. He broke that streak last week at the Honda and would become the first player since Billy Horschel during the 2014 FedEx Cup playoffs to win in back-to-back weeks.