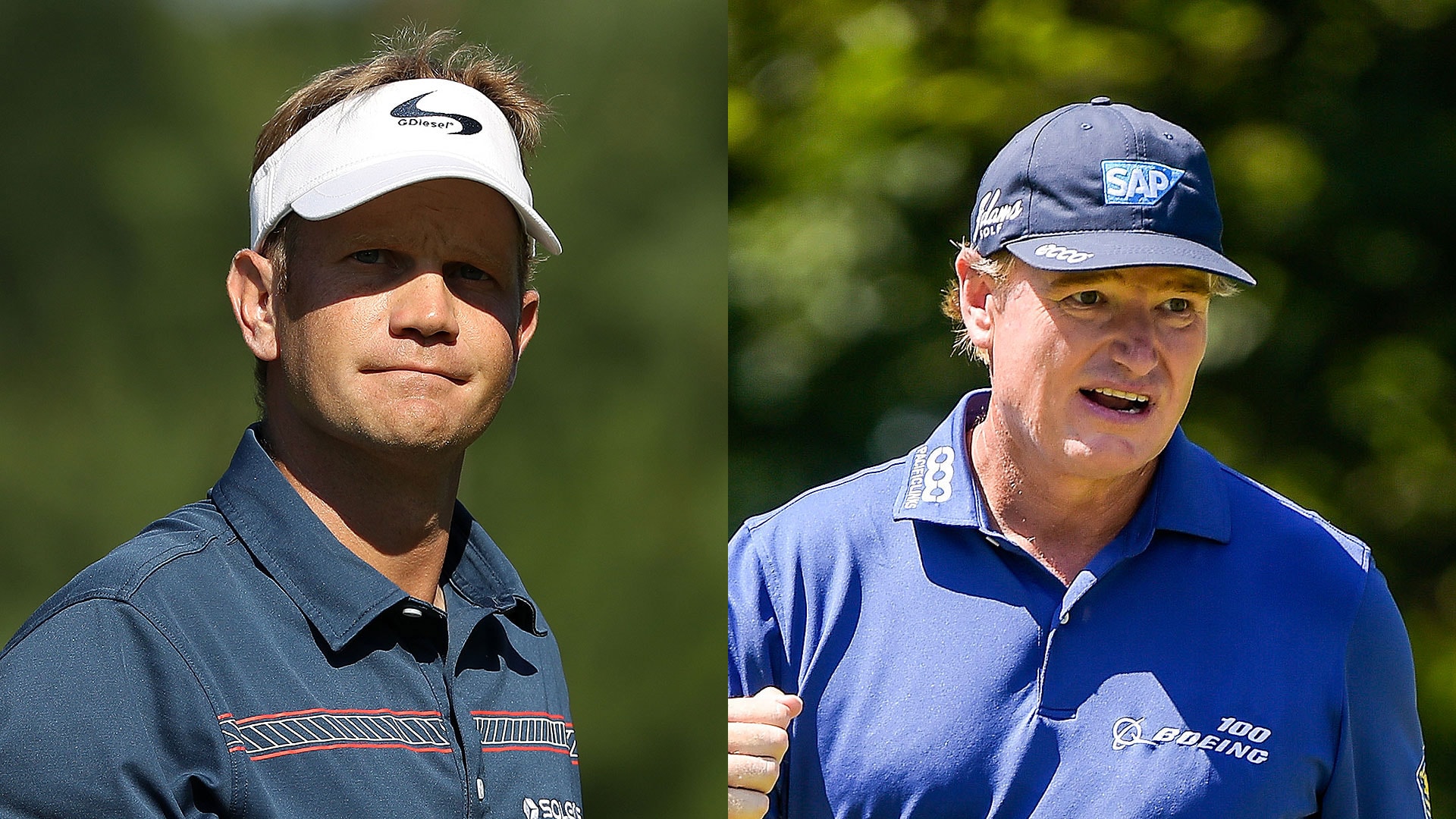 Both players in Sunday's final pairing at the Quicken Loans National will be trying to beat some fairly long odds to win. The explanation is something You Oughta Know going into the final round at Congressional.

• Billy Hurley III, who holds a two-shot lead over Ernie Els after 54 holes, has never won while holding a 54-hole lead. But then, this is only the second 54-hole lead he's ever held. The other time he held one, at the 2014 Greenbrier Classic, he shot a final-round 73 and finished T-4.

• Hurley, 34, has not finished better than T-41 this season. he is seeking his first PGA Tour win in his 104th start. One stat that does bode well for him: He leads the field in proximity to the hole this week.

• As for Els, this is his best 54-hole position in a PGA Tour event since the 2010 Arnold Palmer Invitational. He held the outright third-round lead that week and went on to win. He hasn't won in the U.S. since.

• Els is also trying to win a regular Tour event at the same venue where he previously won a major (in his case, the 1997 U.S. Open at Congressional). Since 2000, only Tiger Woods has accomplished this (at Torrey Pines and Pebble Beach), and over the last 40 years, only Woods (twice), Tom Kite and Tom Watson have turned the trick.

• Jon Rahm, who trails Hurley by thee shots, is trying to win in his pro debut. The last player to win in his PGA Tour debut was Russell Henley, who won the 2013 Sony Open in Hawaii.

• At 53, Vijay Singh is trying to become the oldest winner in PGA Tour history, eclipsing Sam Snead, who was 52 years, 10 months, 8 days old when he won at Greensboro. Singh, seven shots off the lead, hasn't won on the PGA Tour since the 2008 Deutsche Bank Championship.

• Bill Haas, who trails Hurley by five shots, is bogey-free over his last 43 holes this week. He won this tournament in 2013 at Congressional.