You Oughta Know: Why Spieth isn't a lock 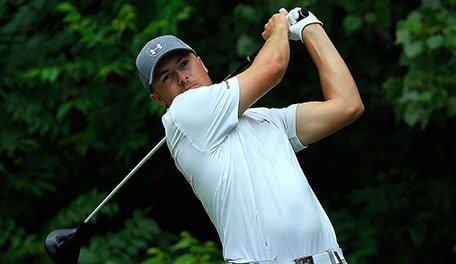 SILVIS, Ill. – In his first start his since his U.S. Open win and his last start before attempting to lock down his third straight major, Jordan Spieth leads by two at the John Deere Classic. Here’s what You Oughta Know heading into the final round at TPC Deere Run.

• Should Spieth win Sunday, it’ll be his fifth PGA Tour victory before the age of 22. The only two players with more are Tiger Woods, with six, and Horton Smith, with seven.

• It would also give Spieth his sixth worldwide win in the last eight months. The next closest is McIlroy, with three.

• Spieth has shot 67 or lower in eight of his last 11 rounds at TPC Deere Run and in five of his last six.

• That said, Spieth has closed only two of six 54-hole leads on Tour, both of them this year, at the Masters and U.S. Open.

• Only 11 players have ever managed to win the week before a major victory. Only three – Woods, McIlroy and Phil Mickelson - have managed it in the last 15 years.

• Of the 10 players within two shots of Spieth, only two of them – Lee and Zach Johnson – are qualified for the British Open. One final invite to St. Andrews is available for a player who finishes in the best position inside the top 5 and isn’t already qualified. Ties will be broken based on the Official World Golf Ranking. None of the three players tied for third – Shawn Stefnai, Justin Thomas and Johnson Wagner – is currently qualified.