You Oughta Know: Past history bodes well for Rory 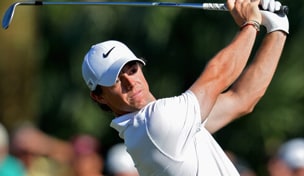 Getty Images
"I think I'll be remembered for my major championships. So all I've dreamed of from a little kid is winning majors. I never dreamed of competing in the Olympics or winning an Olympic medal. So in my mind, a major will always be more important."  -

PALM BEACH GARDENS, Fla. – Through 54 holes, Rory McIlroy’s name has remained at the top of the leaderboard at the Honda Classic. Here’s what You Oughta Know heading into the final round at PGA National, where the Ulsterman is on the verge of claiming the trophy for the second time in three years:

• Should McIlroy win Sunday, he would become the first repeat winner since the tournament shifted to PGA National in 2007, and the first two-time international winner in the history of the event. After Americans won the first 21 editions of the Honda Classic, the international contingent has lifted the trophy in seven of the past 10 years, including McIlroy’s triumph in 2012.

• Since moving to PGA National seven years ago, this tournament has largely been kind to 54-hole leaders. Six of the last seven events have been won by players holding at least a share of the 54-hole lead; the lone exception came in 2008, when Ernie Els moved from a tie for eighth into the winner’s circle after closing with a 3-under 67.

• Beginning the final round two shots behind McIlroy, Russell Henley apparently feels rather comfortable on the Champion Course. The 24-year-old tied for 13th last year in his Honda debut, and has now shot even par or better in six of seven competitive rounds at PGA National, including a 2-under 68 Saturday that earned him a spot in the final pairing.

• Jhonnatan Vegas sits alone in fourth place through 54 holes, and a high finish Sunday could go a long way toward satisfying the requirements of the Venezuelan’s major medical extension. Trailing McIlroy by four shots, Vegas would need a two-way tie for second or better to earn enough money to secure his playing privileges for the rest of the 2013-14 season.

• Stuart Appleby carded one of only six bogey-free rounds Saturday, and as a result the veteran finds his name once again on the leaderboard. The Aussie will begin the final round in a four-way tie for fifth, still in search of his first top-eight finish since winning the Greenbrier Classic with a final-round 59 in 2010.

• After playing his way back into the top 20, Tiger Woods will be in search of a final-round comeback the likes of which he had here in 2012, when a Sunday 62 earned him a tie for second. Woods will begin the final round at 5 under, seven shots behind McIlroy; should he somehow chase down the Ulsterman, it would be the largest 54-hole comeback of his career. Woods has never won when trailing by more than five shots entering the final round, a feat he most recently achieved at the 2009 Arnold Palmer Invitational.