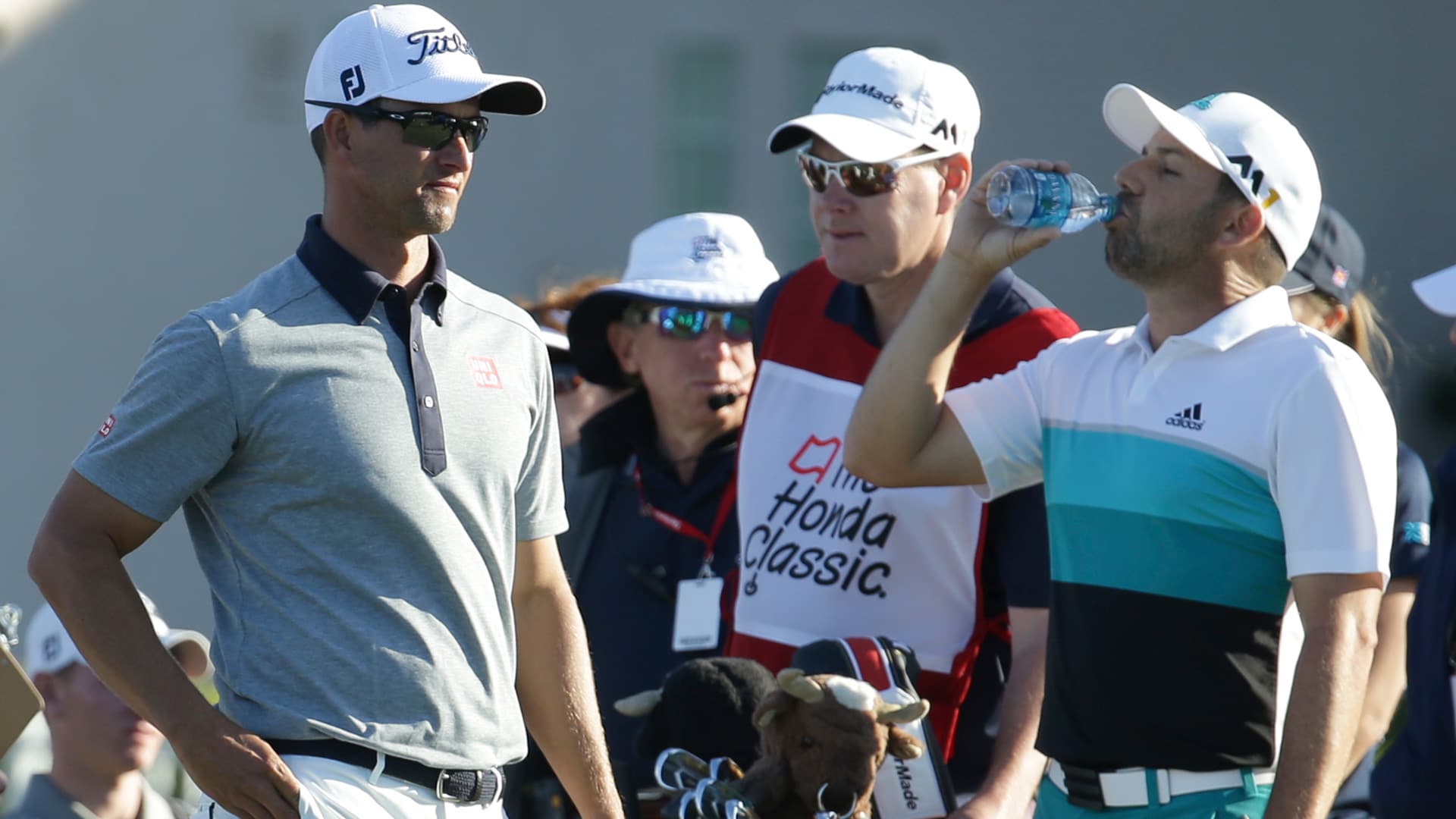 PALM BEACH GARDENS, Fla. – A Sunday showdown looms at the Honda Classic between two of the game’s biggest international names. Here’s what You Oughta Know heading into the final round at PGA National, where Adam Scott and Sergio Garcia share the lead:

• Scott was a runner-up last week at the Northern Trust Open, and he shot a third-round 66 despite a quadruple bogey on the 15th hole. He’s in search of his 12th PGA Tour victory and first since 2014 at Colonial.

• This is the 11th time Scott has held at least a share of the 54-hole lead on Tour, while this is Garcia’s 13th such opportunity. Scott has won six times in his 10 previous chances, while Garcia is just 3-for-12.

• Both Scott and Garcia had some heartache the last time they held a 54-hole lead. Scott blew a three-shot lead at the 2014 Arnold Palmer Invitational, finishing third after a final-round 76, while Garcia was passed by Rory McIlroy at the 2014 WGC-Bridgestone Invitational despite starting the day three shots clear.

• Garcia is in search of his ninth career PGA Tour victory, but his first since a win at the 2012 Wyndham Championship. His last worldwide win came in December at the Ho Tram Open in Vietnam. • In five prior starts in this event, Garcia’s lone top-10 finish came in 2014 when he tied for eighth.

• Blayne Barber is alone in third place at 5 under, four shots behind Scott and Garcia. Currently in his second full season on Tour, his best career finish is a T-8 at the 2015 Zurich Classic of New Orleans.

• After playing his first 36 holes without a bogey, Rickie Fowler failed to record a birdie during a third-round 74. He entered with a one-shot lead but is now five shots back as he looks for his fifth top-5 finish in his last six worldwide starts.

• Graeme McDowell (T-6) will be watching the FedEx Cup standings after his final round. McDowell entered the week at No. 8 in the points race, and should he remain in the top 10 after this event he will qualify for next week’s WGC-Cadillac Championship.