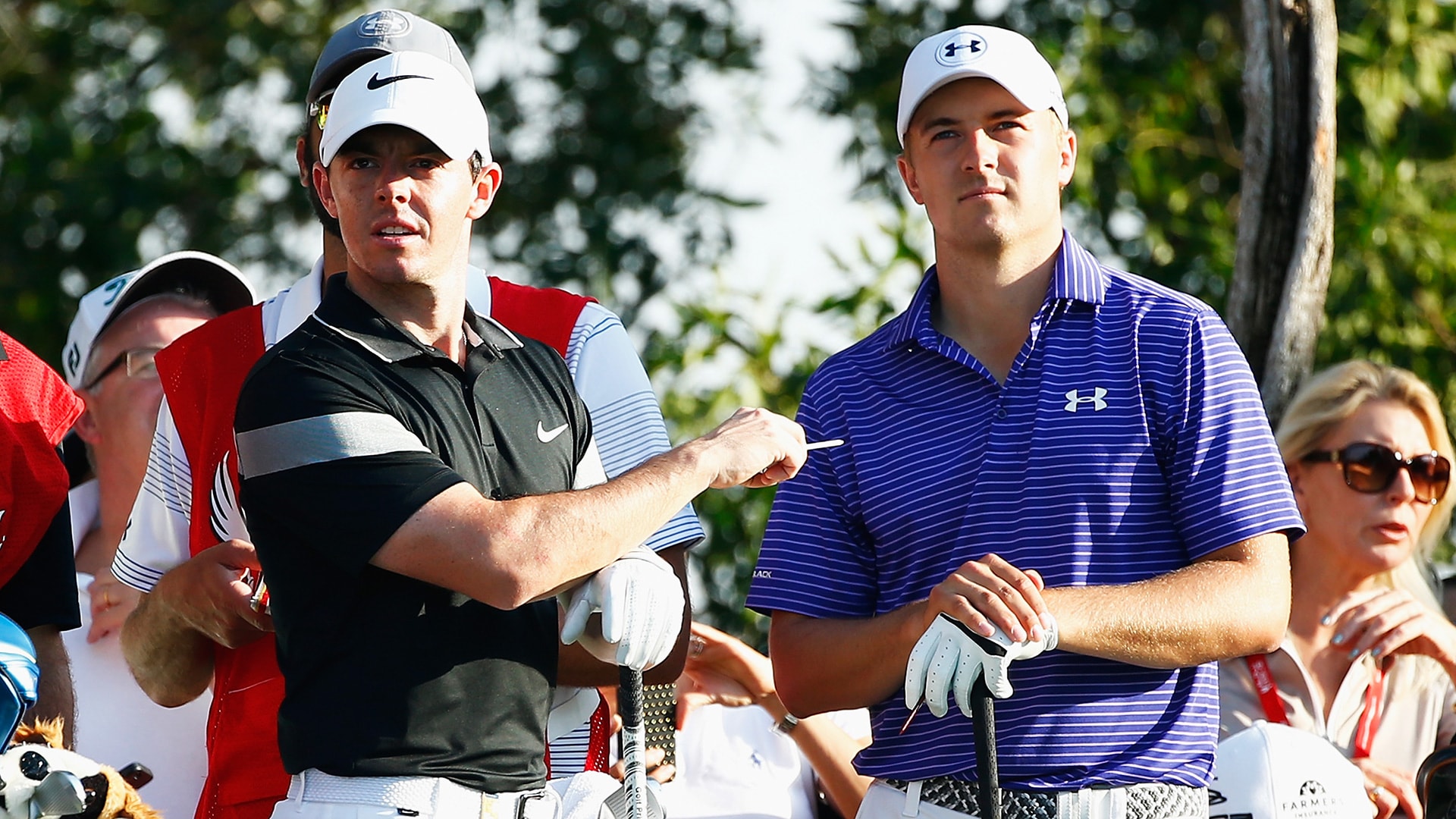 • James Hahn is the defending champion. He won his first PGA Tour title last year in a playoff over Paul Casey and Dustin Johnson. The last repeat winner at Riviera was Phil Mickelson (2008-09).

• Spieth missed that playoff by one stroke last year, but the world No. 1 is back and making his fourth start in this event.

• Spieth has plenty of history at Riviera. He led Texas to the NCAA Championship on this course in 2012, and he's a combined 13 under par the last two years at the NTO. That ranks third behind D. Johnson and Bubba Watson, who are also in the field this week.

• Spieth has finished first or second in 14 of last 33 worldwide starts.

• Someone who doesn't have any history at Riviera is McIlroy, who is making his debut at the Northern Trust Open.

• It's McIlroy's first start in the United States since the Frys.com Open in October.

• The world No. 3 will be tackling one of the toughest courses on Tour. Riviera had the most difficult greens to hit in regulation last season.

• And it is the third-toughest course among non-major venues last season on Tour behind PGA National (Honda Classic) and TPC San Antonio (Texas Open).

• Sergio Garcia also missed the playoff last year by a stroke. He tied for seventh in his only worldwide start this year at the Qatar Masters.

• Watch out for former Masters champion Charl Schwartzel. He won last week in his native South Africa at the European Tour's Tshwane Open.