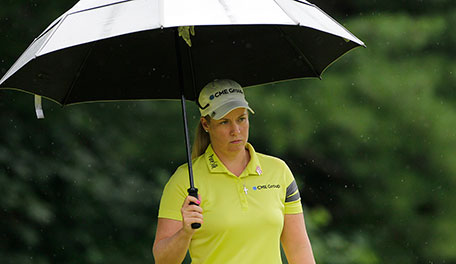 Here’s what you ought to know about the final round:

• Lincicome. 28, knows how to win, having claimed five LPGA titles, including a major championship, but she jokes about how nervous she can get. She hasn’t won in three years.

• Lincicome finished in spectacular fashion when she won her first and only major championship, the Kraft Nabisco in 2009. She eagled the last hole to beat Cristie Kerr and Kristy McPherson by a shot.

• The last time Lincicome held a lead or a share of the lead after 54 holes, she closed it out, winning the Shoprite Classic in 2011.

• Lincicome will be paired with Pettersen in the final pairing of the final round. They’re both big hitters perfectly suited for Monroe Golf Club, a long course with generous fairways.

• Pettersen has finished T-4 or better in five of her last seven starts in majors, including her victory at the Evian Championship late last season.

• Park has top-10 finishes in 13 of her last 20 majors, which includes her victories in the first three majors last year.

• Though this is officially the final staging of the LPGA Championship, the list of champions and records of the event will carry over to the KPMG Women’s PGA Championship. Beverly Hanson won the first LPGA Championship in 1955 at Orchard Ridge Country Club in Fort Wayne, Ind. Mickey Wright won the championship four times, more than any other player. Kathy Whitworth, Nancy Lopez, Patty Sheehan, Annika Sorenstam and Se Ri Pak each won it three times.

• This marks the end of the Rochester area’s 38 years as host of an LPGA event. Pat Bradley won the first tournament staged here in 1977. Nancy Lopez won three of the first five. Patty Sheehan won four times in Rochester, more than any other player.

• To enhance this farewell event for the Rochester community, championship officials are allowing free entry after 4 p.m. of the final round. The first 3,000 fans in the gate in the morning will receive gifts. There’s also a sweepstakes drawing with a $5,000 cash grand prize. Officials will send the event off with a literal bang, with a fireworks show planned to conclude the day. 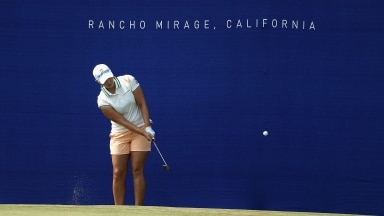