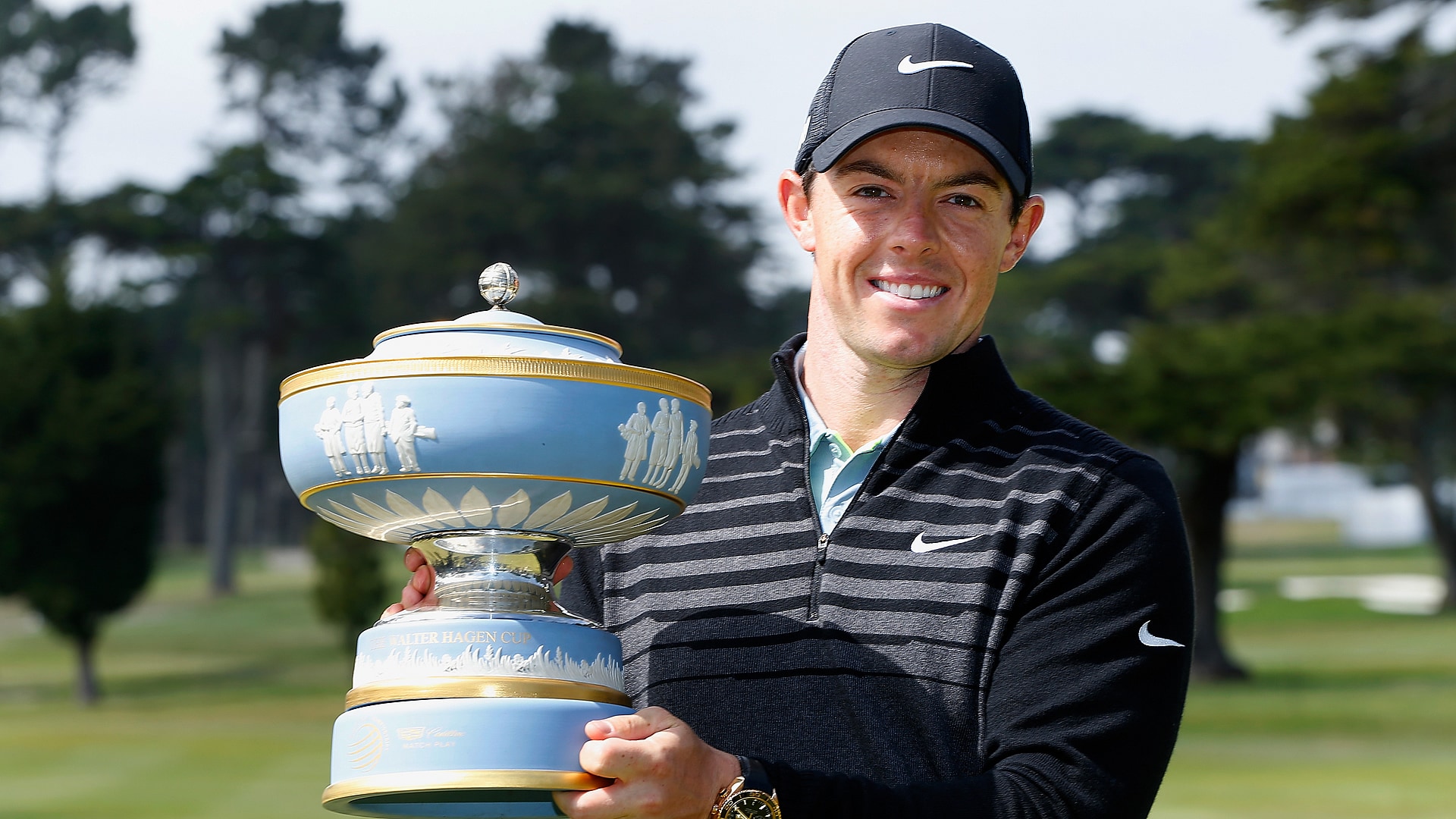 The PGA Tour’s own version of March Madness begins Monday night in Austin, Texas, with a two-hour selection show for this week’s WGC-Dell Match Play.

Here’s what You Oughta Know about the Match Play:

• For the second consecutive year, the 64-man field will be divided into 16 four-player groups. The top-seeded players in each group are the top 16 available players (via world rankings), and the rest of the group will be filled out during Monday’s blind draw from players seeded 17-32, 33-48 and 49-64. The player with the best point total after pool play (three matches) moves on to the Round of 16, while the other three players are eliminated.

• The two-hour draw show begins at 7 p.m. ET from the Paramount Theatre in Austin. The event will be broadcast live on Golf Channel.

• One change for this year is that half points will be awarded to both players if the match is all square after 18 holes. This tweak should keep more players into the mix for the final day of pool play on Friday.

• The tournament schedule is as follows:

• Seven players are in the WGC field but are not yet exempt into the Masters: Rafael Cabrera-Bello, Marcus Fraser, Matt Jones, Patton Kizzire, Thorbjorn Olesen, Thomas Pieters, Jaco Van Zyl. The Match Play is the final week to qualify for the year’s first major via the top 50 in the Official World Golf Ranking. After the Match Play, the only way to get into the Masters would be to win the following week’s Shell Houston Open.

• Austin Country Club is hosting the event for the first time, and will continue to do so through at least 2019. Last year, the Match Play was held at TPC Harding Park in San Francisco.

• Two players were eligible for the Match Play but elected not to play: Jim Furyk, who is recovering from wrist surgery, and Henrik Stenson.

• Rory McIlroy is the defending champion. Only Tiger Woods (2003-04) has won the event in back-to-back years.