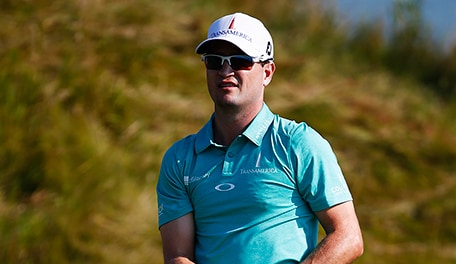 SHEBOYGAN, Wis. – Zach Johnson’s bid to join Jordan Spieth as a multiple major champion this season ended Saturday when he missed the 36-hole cut at the PGA Championship.

The Open champion shot rounds of 75-72 and missed the cut by one - a surprising result, given not only Johnson’s recent form (four top-6s in his last six starts), but also his history at Whistling Straits. He finished only one shot out of the playoff in 2010.

Adam Scott’s final major with an anchored putter proved to be a short one. He shot 76-75 and was five shots adrift of the cut line.

At 1 under, local favorite Steve Stricker made his 20th consecutive cut, the longest active streak.