ST. ANDREWS, Scotland – Zach Johnson won the 144th Open Championship in a four-hole, three-man playoff over Marc Leishman and Louis Oosthuizen. Here’s a look at how the action unfolded on Monday at the Old Course:

What it means: Well, it wasn't exactly the Johnson that we had our eyes on at the beginning of the week, but ZJ outlasted Leishman and Oosthuizen in a four-hole aggregate playoff to get it done. Johnson adds the claret jug to the green jacket he won in 2007. Johnson joins some elite company as the only players to win the Masters and the Open at St. Andrews: Tiger Woods, Nick Faldo, Seve Ballesteros, Jack Nicklaus and Sam Snead. The win also comes one week after Johnson missed out on a playoff at the John Deere by a shot, which was won by Jordan Spieth.

Round of the day: Johnson began the day in a tie for sixth, three shots back of 54-hole co-leaders Oosthuizen, Day and amateur Paul Dunne. He shot 66 in regulation - a round that included 8 birdies and two bogeys. He made a 30-footer for birdie on the 72nd hole to take the clubhouse lead. As impressive as ZJ's clutch putt was, even more impressive was his caddie's celebratory chicken dance afterward (Google it). Johnson went birdie-birdie-bogey-par to win the playoff.

Best of the rest: Nod goes to Leishman. His 66 matched Johnson's and included 7 birdies to just one bogey. That lone hiccup came late (at the par-4 16th when he held the outright lead). Understandable that he would feel the major pressure, as he only had two career top-10s in majors heading into this week.

Biggest disappointment: The Grand Slam bid is over as Spieth finished bogey-par to come up one shot short of getting into a playoff with Leishman and Johnson. A disappointing finish, yes, but it was his double bogey at the par-3 eighth hole that really hurt his chances at a third consecutive major victory. Spieth four-putted No. 8 (well, technically, he hit his first putt off the green) for double dogey. A bogey there might have gotten him into the playoff. It's not all bad for Spieth, however, who already has two majors and two additional wins this season.

Quote of the day: "I'm at a loss for words. I'm grateful, humbled. I'm thankful. I'm honored. This is the birthplace of the game." - Johnson 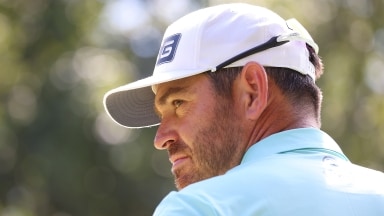 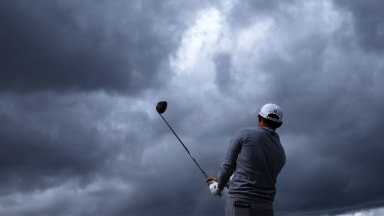 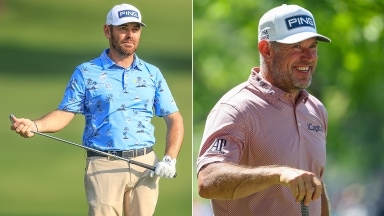