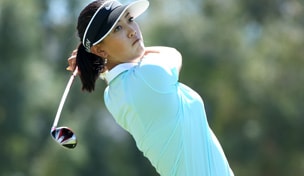 The season's first major is officially underway, as Shanshan Feng holds the early lead at the Kraft Nabisco Championship. Here's how things look after the first round in Rancho Mirage, where Michelle Wie sits just one shot off the pace:

What it means: Feng set the pace early Thursday afternoon, but she was briefly caught by a back-nine blitz from Wie, who is in search of her first major title. Despite a lack of rough, tough pin positions meant low scores were hard to come by, as less than a quarter of the field broke par during the opening round.

Round of the day: Feng won the LPGA Championship in 2012, and that major championship mettle was on display early at Mission Hills. She carded seven birdies against just a single dropped shot in the opening round, taking just 26 putts. Feng notched four birdies across a six-hole stretch from Nos. 11-16, and as a result has sole possession of the lead after the opening round.

Best of the rest: Wie has shown signs of progress early this season, but she broke through in a big way Thursday afternoon by playing Nos. 10-12 in 4 under, including an eagle on the par-5 11th. While a three-putt bogey on No. 17 dropped her one shot behind Feng, she remains very much in contention on a course where she first made the cut as a 13-year-old in 2003.

Biggest disappointment: A year ago, Inbee Park used a win in this event to springboard herself into a career year that included three major titles. This time around, though, she faces an early deficit after opening with a lackluster 2-over 74. Park didn't make a birdie until the ninth hole, her 18th of the day, and sits eight shots off the pace after one round. She'll need a strong effort in the second round to give herself a chance to make back-to-back leaps into Poppie's Pond.

Main storyline heading into Friday: With all due respect to Feng, Wie will likely be the biggest story as long as she's on the leaderboard, and after an opening round in which she found 15 of 18 greens in regulation, Wie shows no signs of dropping back to the pack. Another player to watch will by Yin, a 15-year-old amateur who opened with a surprising 68. 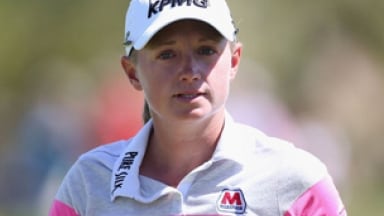