The PGA TOUR enters uncharted waters this week, as the first of four PGA TOUR playoff events gets underway.

The Barclays Classic at Westchester Country Club will commence the TOURs inaugural FedExCup playoffs. The series will include four tournaments, culminating with the TOUR Championship. The player with the most points accumulated after the Atlanta conclusion will be awarded a $10 million bonus, which is deferred to their retirement fund (which can't be accessed until they turn 45) and does not count on the Official Money List.

One-hundred and 44 players, who qualified via a season-long points list, will compete in the Barclays. The field size will be reduced to 120 for next weeks Deutsche Bank Championship in Boston. Event No. 3, the BMW Championship outside of Chicago, will have 70 participants. And the finale, the TOUR Championship, will be cut down to the final 30 points earners.

Points are not carried over from the regular season. Instead, each players year-long points total determines where he is positioned entering the playoffs.

Here is a breakdown of where the top 10 players, as well as some notables, stand heading into the Barclays:

And here is how the points are distributed for the four playoff events:

Anyone inside the top 144 has a mathematical chance of winning; though, it won't be easy. In the TOUR's mock trial, no one higher than 13th won the Cup title.

While the winner will receive $10 million, second place will net $3 million. Overall, $35 million is being paid out to the top 150 players on the points list (yes, even six players not in the Playoffs will get paid). Whomever finishes 144th is guaranteed at least $32,000.

All monies earned via the FedExCup is in addition to what is earned from the event's purse. The winner of The Barclays will receive $1.26 million of official money, in addition to a big boost in claiming the $10 million prize. 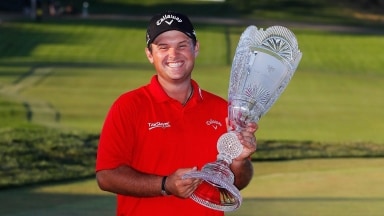 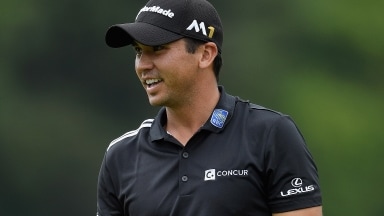 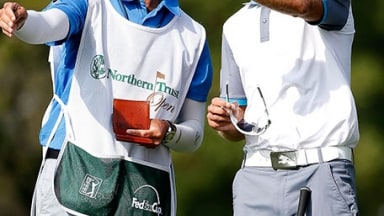