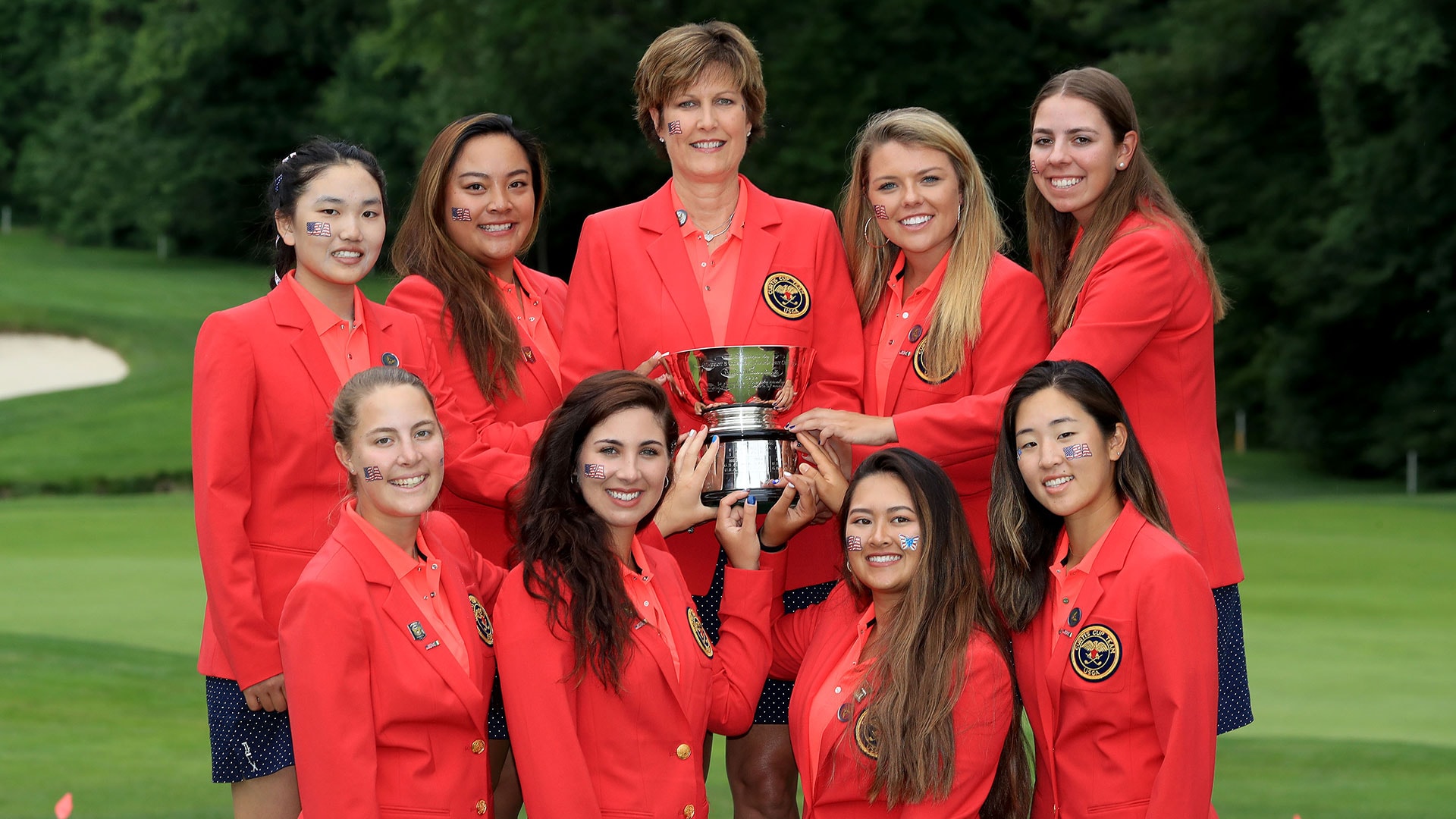 Gillman, the 20-year-old University of Alabama star from Austin, Texas, beat 16-year-old Annabell Fuller 5 and 4 to cap a perfect weekend at Quaker Ridge in the amateur competition.

''I'm very proud of my players,'' U.S. captain Virginia Derby Grimes said. ''They are a phenomenal group of girls. They've been so much fun to be around, and they just gelled and bonded.''

''It's really rare and she played exceptionally well,'' Grimes said. ''She had it going. I definitely wanted to keep putting her out there, but she was playing well and making putts.''

Sophia Schubert, the Texas senior and 2017 U.S. Women's Amateur champion, started the singles rout with a 2-and-1 victory over Olivia Mehaffey.

''I was so excited to get out here today,'' said the 22-year-old Schubert, the oldest U.S. player. ''I played OK yesterday and the day before, but I was just ready to come out here and play their best player and just show them what I can do.''

''We believe in each other so much,'' Vu said. ''When we're on the course together, when it's like foursomes or four-balls, we just read each other's putts. We know it with confidence and just do it.''

The U.S. won all five sessions for the first time, and every American earned at least two points.

''We're obviously very disappointed with the scoreline and all you can do is congratulate the United States on its win and the very high standard of golf they have played this week,'' Britain and Ireland captain Elaine Farquharson-Black said.