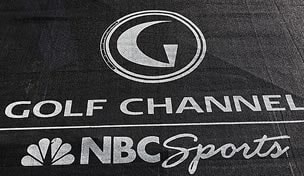 ORLANDO, Fla. – Golf Channel scored its most-watched June ever, capping the most-watched second quarter in the network's 17-year history and the sixth consecutive quarter of record growth since becoming part of the NBC Sports Group. This viewership surge makes Golf Channel the fastest-growing network on U.S. television (among networks serving 80 million or more homes), according to data released by the Nielsen Company.

“There are a number of reasons we’ve continued to attract new viewers, but the most important is our commitment to quality,” said Golf Channel president Mike McCarley. “We are making investments in quality programming and, in return, our loyal viewers are watching in record numbers. Those fans that wake up with “Morning Drive” come back for “Feherty” or “On the Range” in primetime. And, the unpredictable storylines from many of the game’s rising stars are really resonating with our viewers.”

Five of the first six months of 2012 – and seven of eight months dating to November 2011 – have been “best ever” months on Golf Channel, meaning that viewership for each was the highest in Golf Channel history for that particular month of the year: June (up 37 percent from 2011); May (33 percent); April (14 percent); March (28 percent); February (19 percent).

Golf Channel also has excelled with news coverage during the biggest weeks on the golf calendar, which normally provide golf with the best opportunities of the year to attract casual fans to the sport: Masters (up 40 percent from 2011); The Players (42 percent); U.S. Open (31 percent).

Since becoming part of the NBC Sports Group in January 2011, a sampling of Golf Channel achievements include:

• Three of six quarters have been “most-watched.”

• have been seven most-watched months.

• Highest-rated and most-watched opening day of the PGA Tour ever.

• Most-watched PGA Tour round ever on Golf Channel (final round of AT&T Pebble Beach National Pro-Am).