Keep those big numbers off your card like Hoffman 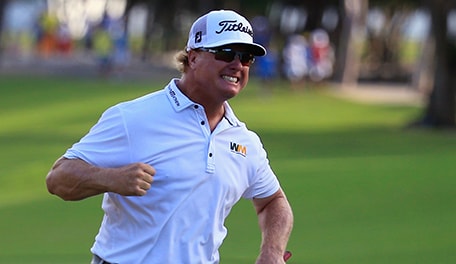 Charley Hoffman won the OHL Classic at Mayakoba by one stroke Sunday over Shawn Stefani with a final score of 17 under par.

Hoffman’s stats from his victory don’t really jump out and grab your attention. He was top five in driving distance and greens in regulation, but that certainly is no guarantee for victory.

The key to Hoffman’s success was that he made plenty of birdies and stayed away from big numbers. He had six bogeys over four rounds but nothing worse.

Players of all skill levels will experience rounds with a double bogey or higher. Minimizing those scores is obviously a great way to keep your final score from being uncharacteristically high.

Here are a few tips to help you avoid high numbers:

• Improve your driving accuracy. When the ball starts going out of bounds, in hazards, or is simply lost from the tee, avoiding high numbers becomes very difficult. Two factors you need to consider if accuracy is not your strong suit – the position of the clubface at impact and the direction of your swing path. There are exceptions, but for the most part your clubface position will dictate the initial direction your ball travels, while the direction of the ball curvature will be opposite of the direction of your swing path. Knowing these two elements gives you a great starting point to make changes.

• Understand risk versus reward. There is an advantage for being able to hit the ball far, which means using a driver more often than not from the tee. Some holes, however, are designed to punish a ball that goes far but travels just a little offline. Know when to be aggressive and when to back off and get the ball safely in play. Use a range finder from the tee to measure the distance of the best landing area that minimizes your risk of putting the ball out of play.

• Sharpen your long putting skills. Hoffman was able to two-putt from 30 feet on the final hole to make bogey and win the tournament by one stroke. A three-putt would have sent him to a playoff, maybe costing him the win. No matter what the situation, three-putts are always bad. Imagine a 3-5 foot circle around the hole and spend practice time making the ball stop inside that circle from distances outside 25 feet. Then practice 3-5 footers until you feel like making them is automatic.

For more tips from Golf Channel to help you lower your scores, click here. 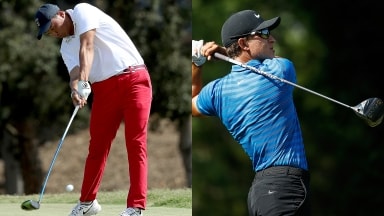 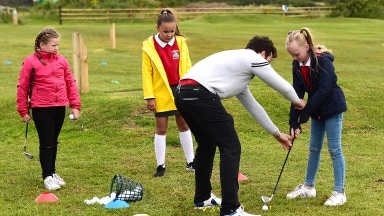