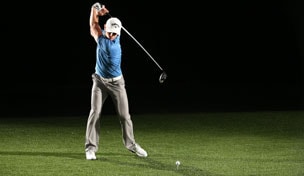 Getty Images
KIAWAH ISLAND, SC - AUGUST 10: K.T. Kim of South Korea hits off the 11th tee during Round Two of the 94th PGA Championship at the Ocean Course on August 10, 2012 in Kiawah Island, South Carolina. (Photo by David Cannon/Getty Images)  -

October is “Long Drive Month” on Golf Channel. What better way to celebrate than by airing all four qualifying stages of the RE/MAX World Long Drive Championship over the next four weeks, beginning tonight at 9PM ET only on Golf Channel.

The RE/MAX World Long Drive Championship will start off with 192 hopeful men and women competing locally and regionally and will be whittled down to eight finalists. Over the next four weeks we will showcase the personalities that compete in a sport where the ball regularly travels in excess of 400 yards. You will learn about the science and strategy that goes into hitting the ball long.

The finalists will compete in a live finale under the lights at the Las Vegas Motor Speedway for a winner-take-all $250,000 prize on Wednesday Oct 30 at 9PM ET on Golf Channel. On hand during the finale will be Michael Breed, host of The Golf Fix, who will offer analysis on the driving grid and Morning Drive Co-host Holly Sanders who will interview all the finalists.

Below is the schedule of the RE/MAX World Long Drive Championship Specials on Golf Channel:

When Golf Channel talks about the RE/MAX World Long Drive Championship, we can’t help but think of Two-Time RE/MAX World Long Drive Champion Jamie Sadlowski. In the past year Sadlowski has visited the Golf Channel Studios and broke the golf simulator, not once, but twice. The first time he hit a massive drive that pierced the projection screen and its protective net. Most recently he broke it with a 7-iron.

Take a look at Sadlowski breaking the simulator with his driver:

Burke, 26, competed with eight of the longest drivers of the golf ball in the world who faced off in front of a raucous Las Vegas Motor Speedway crowd and a national Golf Channel audience.

On Wednesday, Oct. 30 at 9 p.m. ET on Golf Channel, eight of the longest drivers in the world will face off in a $250,000 winner-take-all competition in Las Vegas to determine who will win the RE/MAX WORLD LONG DRIVE CHAMPIONSHIP finals.

Golf Channel will dedicate more than 20 hours of programming to the art of hitting it long and showcasing the personalities that compete in a sport where the golf ball regularly travels in excess of 400 yards.