14-year-old in position to win again 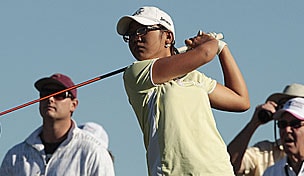 Getty Images
MOBILE, AL - MAY 13: Kristy McPherson reacts after missing a birdie putt on the ninth green during first round play in Bell Micro LPGA Classic at the Magnolia Grove Golf Course on May 13, 2010 in Mobile, Alabama. (Photo by Dave Martin/Getty Images)  -

Kiwi teen amateur phenom Lydia Ko is 18 holes away from winning a second professional golf tournament in a month. Ko shot a 3-under 69 at Pegasus Golf and Sports Club on Saturday to share first place with five others at the Women's New Zealand Open.

The joint lead is 6 under, though a late bogey on the 17th hole dropped the 14-year-old into a logjam for the lead. Alison Walshe, Mariajo Uribe, Carlota Ciganda, Lindsey Wright and Haeji Kang share the lead with Ko.

Ko was among the few players to thrive in windy conditions on Saturday and is hopeful for them again on Sunday.

At Royal Melbourne (last week in the Women's Australian Open), it was windy the last two days, and they were my best two scores, she said, according to the New Zealand Herald. 'I will just play my game. I will try and hit the fairways, and hopefully a few more putts will drop. It should be fun. 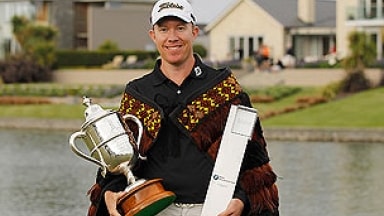 Brad Kennedy won the New Zealand Open on Sunday, holing a 30-foot birdie putt on the first hole of a playoff with Australian compatriot Craig Parry to complete a wire-to-wire victory. 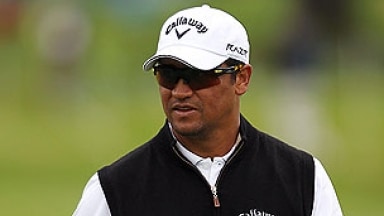 Michael Campbell was close to giving up the game, but believes a new coach can help him return to form.