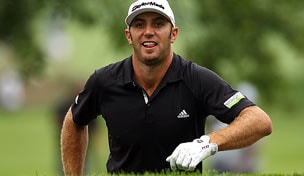 Dustin Johnson will kick off his 2012 season at the Farmers Insurance Open according to The State newspaper, a publication based in South Carolina.

Johnson underwent arthroscopic surgery on Nov. 29 to repair damaged cartilage in his right knee. The joint runner-up at the Open Championship had been experiencing pain since July, still managing to win the hurricane-shortened The Barclays in August.

He struggled as a member of the victorious Presidents Cup team, then withdrew from the Chevron World Challenge to have the surgery.

After the procedure, Johnson was expected to be on crutches for a week, then make a full return to practicing by late December.

A week after his return, Johnson is expected play at the AT&T Pebble Beach National Pro-Am – an event he won in 2009 and '10.