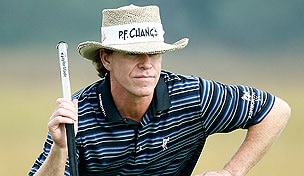 Getty Images
“As a golfer you want your mind as clear as possible, and it’s hard for that to happen if you’ve got other things going on that, firstly, you don’t want to happen, and secondly, you don’t feel should be happening. It’s been a distraction … and obviously not what I wanted to have in my life.” – Rory McIlroy, on his off-course distractions this season.  -

ST. SIMONS ISLAND, Ga. – A veteran of professional golf for more than 18 years, Briny Baird was absent from tournament leaderboards for nearly 18 months as the 41-year-old battled injuries to both shoulders.

Now, less than a month into his comeback on the PGA Tour, Baird shows no signs of rust. Completing his round Thursday on the Seaside Course without dropping a shot, the Floridian rose to the top of the standings early at The McGladrey Classic thanks to a  7-under 63.

“If there’s such a thing as an easy 63, today was,” noted Baird, who reached 16 of 18 greens in regulation during his opening round on the Seaside Course. “It was a very clean round.”

This week marks Baird’s third start of the 2013-14 season, after he notched solid finishes at the season-opening Frys.com Open (T-26) and the Shriners Hospitals for Children Open (T-36). It’s an impressive start to the new slate for a player equipped with a major medical extension and who, before last month’s start at CordeValle, hadn’t been seen on the PGA Tour since the 2012 HP Byron Nelson Championship.

“I started feeling pain in 2012, the beginning of 2012,” explained Baird, who has spent much of the last year and a half rehabbing from surgeries on both shoulders. “It hurt going back and it hurt going through. It became too much.”

Baird attempted a comeback earlier this year on the Web.com Tour, but his return proved premature as he withdrew from his second start because of recurring shoulder pain. Once again on the mend, Baird never lost sight of his goal to return to the PGA Tour.

“I never once questioned that I wouldn’t play golf again. I knew I would,” he said. “You don’t ever really know how you’re going to play, but I was never worried.”

Making his 365th career PGA Tour start this week at Sea Island, Baird remains one of the most experienced – and richest – players still in search of a maiden victory. Well positioned after 18 holes to potentially end his title drought, the veteran reflects on his career with a certain level of optimism.

“I’d probably rather be the guy that’s won the most money and not won,” added Baird, who has finished runner-up on the PGA Tour five times and whose career earnings surpass $12 million, “than the guy who has won the least amount of money and won once.” 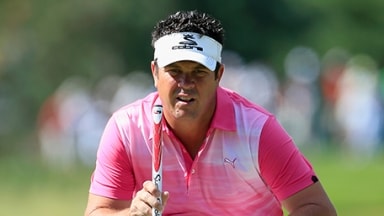 Sixth-alternate Axley in contention at Travelers

Eric Axley started the week as the Travelers Championship's sixth alternate and now finds himself near the top of the leaderboard through two rounds. 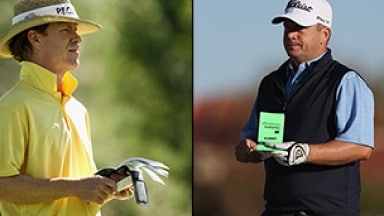 Like old times for buddies Hart, Baird at Honda

Briny Baird learned to play under duress as a boy growing up in South Florida. He can thank a mischievous Dudley Hart for that. 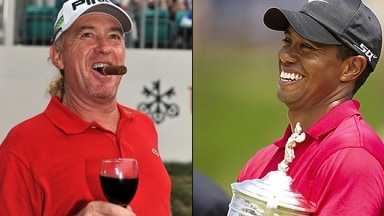 Miguel's secret to longevity? A 15th major for Tiger? Our writers make their own list for what to get the pros this year.