Beljan's next goal? A practice round with Tiger 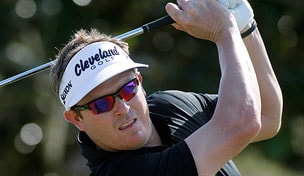 So frazzled was Charlie Beljan on Sunday afternoon that he twice forgot a reporter’s question during his post-tournament news conference at the Children’s Miracle Network Hospitals Classic. But when the 28-year-old PGA Tour rookie finally composed himself enough to address the query, he was equal parts thoughtful, self-deprecating and strangely revealing.

A few of his most quotable moments:

• On one of his major goals now: “Hopefully this will put me in the position, (since I’m) still looking for my No. 1 thing since I got out here and that’s to play with Mr. Tiger Woods. So maybe now he’ll consider me on a practice round or something.”

• On what he will tell his buddies back home about this week: “Throughout my golfing career and throughout my life, I’ve always had different little goofy obstacles come up that I’ve had to overcome, and somehow I’ve done it, and I believe it’s made me stronger. But first of all, if they’re not (already) watching, and they’re one of my buddies, no longer am I talking to them.”

• On having his wife and family there to celebrate: “Well, when I first met my wife, she didn’t know a thing about golf. She actually went and got the book Golf For Dummies so she could learn a couple of things. Now she might know more than that.”

• On his welcome-to-the-PGA-Tour-moment: “When I got my Tour card this year, it was shock and awe for the first six, 10 weeks out there, seeing that guys that I’ve been watching on TV. One day at The Greenbrier Classic, David Feherty all of a sudden is following me, and I’m like, ‘This is unbelievable!’”

• On what’s next: “Life is good. Hopefully, maybe, somebody will call me and invite me to play in that Shark Shootout.”