Lewis has 'amazing' week at Open 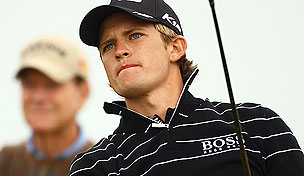 SANDWICH, England – Tom Lewis had a dream week at the Open Championship, one we won’t be able to digest fully until he returns home and has time to reflect.

It began with an opening-round 65 played alongside Tom Watson, whom Lewis is named after. The 20-year-old English amateur was paired with Phil Mickelson in Round 3 and says he learned his short game needs to get better if he wants to contend at the professional level once the time comes.

“This week has been amazing for me,” Lewis said. “The first day was wonderful. It was a shame the last three days, I haven’t played anywhere near as good as I had hoped.”

What happens now seems to be up in the air. Lewis contends that he will turn professional after the Walker Cup in early September. He was scheduled to play in the European Tour’s Nordea Masters next week in Sweden but now will join a Walker Cup practice with captain Nigel Edwards and other potential teammates at Royal Aberdeen in Scotland.

Meanwhile, the Guardian newspaper reported that once Lewis does turn professional he will use IMG for his representation.

“I don’t think I’ll be turning pro,” Lewis said. “I think I’ve got things to learn as I’ve just lost by about 20 shots this week. It will be nice to have a sit-down with the team and work out what’s best for me and my future.”