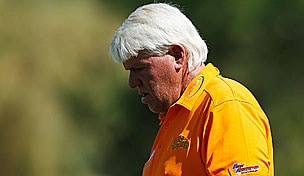 Jonas Blixt, Ryan Moore and Brendon De Jonge will head into the final round of the Justin Timberlake Shriners Hospitals for Children Open tied for the lead, five shots clear of the field at 19 under.

Blixt, a PGA Tour rookie, scorched the back nine at TPC Summerlin in Las Vegas, making birdies on six of his last seven holes for a 66 to grab a share of the lead.

De Jonge used his own streak of birdies from holes 14-18, to match Blixt's 66 and is in position for his first career PGA Tour win.

Moore, who flirted with a 59 on Thursday, shot the low round of the day among the leaders, turning in a bogey free scorecard with six birdies for a 65. He's looking for his first win since the 2009 Wyndham Championship.

Jimmy Walker and Tim Herron finished the day tied at 14 under, five shots behind the leaders.

The story of the day, however, was at the other end of the leaderboard. John Daly followed up his second-round 63 with a Saturday 86 that featured a quadruple-bogey 8, triple-bogey 7 and two double bogeys. The 23 stroke difference between rounds sent Daly plummeting down the leaderboard from sixth to 72nd, last among players who made the cut. 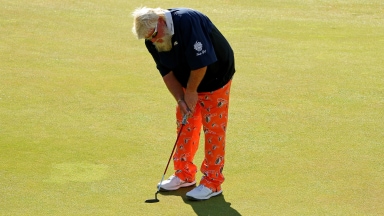