Will someone topple Tseng, end her streak?

ROCHESTER, N.Y. – No. 1 Yani Tseng has a couple challengers to her top ranking at the Wegmans LPGA Championship this week.

No. 2 Cristie Kerr and No. 3 Suzann Pettersen can topple Tseng with victories.

If Kerr wins, she moves to No. 1 as long as Tseng finishes worse than a tie for 11th.

If Pettersen wins, she moves to No. 1 as long as Tseng finishes worse than a tie for 19th with four other players.

Tseng is holding the No. 1 ranking for a 19th consecutive week, the longest run since Lorena Ochoa retired and lost the top ranking in the spring of last year. Jiyai Shin has been No. 1 the most weeks (25) since Ochoa’s retirement, but her longest run was 15 consecutive weeks. Ai Miyazato was No. 1 for a total of 11 weeks, Kerr for five weeks. 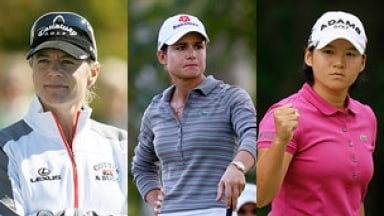 After her runaway win at the Wegmans LPGA Championship, Yani Tseng is the next dominant force in women's golf. 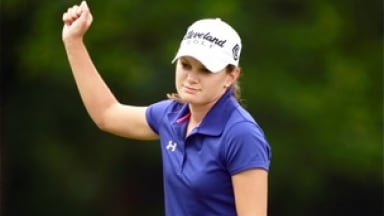