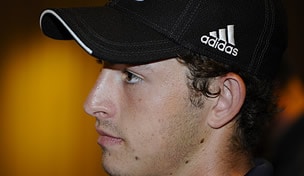 UCLA sophomore standout Patrick Cantlay has been offered a sponsor exemption into the Northern Trust Open, according to Golfweek.

Riviera Country Club is located within a half-dozen miles of the UCLA campus and is the site of the NCAA Championship in 2012.

Cantlay had an outstanding summer in his five PGA Tour starts. He made the cut in all five, only finishing outside of the top 25 at the Frys.com Open. His best finish was a T-9 at the RBC Canadian Open.

With a second-round 60 at the Travelers Championship in June, Cantlay set the record for lowest round recorded by an amateur on the PGA Tour, as well as the low round for any player in 2011.

The schedule is filling out for Cantlay, as he already has a spot in the first three majors of the year. By getting to the final of the U.S. Amateur, Cantlay earned a place in the Masters and U.S. Open. Finishing the season as the top-rated amateur in the world, the R&A offered a new exemption to Cantlay for the Open Championship.