Chandler hones in on American players 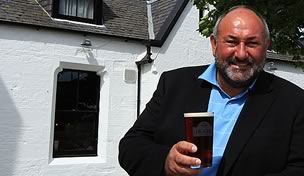 Last week uber-manager Andrew Chubby Chandler told GTC he would sign more American players this year than Europeans. This week the International Sports Management chief took another step in his expansion across the Atlantic Ocean.

GTC has confirmed through various sources that Steve Zika, a longtime tour representative for Ping, will be ISMs American front-man.

Chandler recently opened an American base in south Florida and signed Oklahoma State phenom Peter Uihlein and 2009 U.S. Amateur champion Ben An to management deals in the last two months.

Zika was with Ping for a dozen years and worked with the companys PGA Tour team since 2001. It was during this time that Zika fostered a relationship with Lee Westwood, No. 2 in the World Golf Ranking and a longtime member of Chandlers stable.

Zika is expected to remain in the Phoenix area where he has been based during his time with Ping.