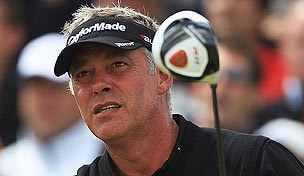 Darren Clarke does not believe Luke Donald's transatlantic dollar-double will be repeated again.

'And you've got Luke, who finished No. 1 on the money list in the United States and Europe. I don't think that will be done again. What Luke achieved was monumental,” Clarke told BBC Sport.

In 2011, Donald became the first player to win both the PGA and European Tour money titles in the same year.