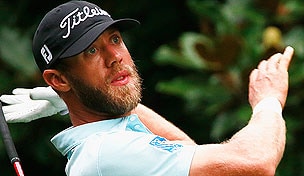 ATLANTA – Graham DeLaet walked off the 18th green at East Lake Golf Club on Sunday afternoon and was immediately asked the most pressing question of the day.

Further elaboration was unnecessary. DeLaet, who is Canadian and knows a thing or two about these things, started growing a playoff beard prior to the first FedEx Cup event.

Superstition or not, it worked. He finished T-2 at The Barclays and solo third at the Deutsche Bank Championship to reach his first Tour Championship and clinch an invitation to his first Masters Tournament next year.

That doesn’t mean the beard is going to stay.

Without hesitation, he responded, “Probably about 15 minutes.”

Expect to see a clean-shaven DeLaet at the Presidents Cup in two weeks.