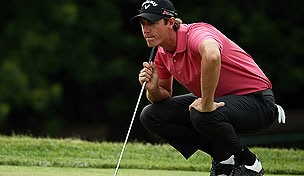 The Presidents Cup isn’t the only match-play event being contested next week.

In France, 20 European Tour players will tee it up at the Seve Trophy.

Team GB&I has won the last six matches, including a 15 ½-to-12 ½ victory two years ago at St-Nom-La Breteche Golf Club.