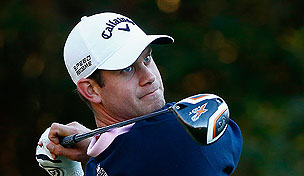 Getty Images
SHENZHEN, CHINA - APRIL 23: Zheng Ouyang of China plays a shot during the third round of the Shenzhen International at Genzon Golf Club on April 23, 2016 in Shenzhen, China. (Photo by Lintao Zhang/Getty Images)  -

“You think you can come out here and shoot 5, 6, 7 under, but it’s hard,” said Harris English, who shot 69 on Friday. “You can get squirrely winds out here, and there are small greens and small fairways. It’s tough to get it close to the hole. You’re left with a lot of in-between shots and crosswinds.”

Robert Garrigus, who leads at 7-under 135, said the main reason for the higher scores was the tightly mown fairways.

“Around the greens they mowed them down tight and it’s kind of wet,” he said. “That’s very, very difficult. You almost have to hit it a little thin on purpose. That’s hard to do when you’re trying to play the exact shot that you want.” 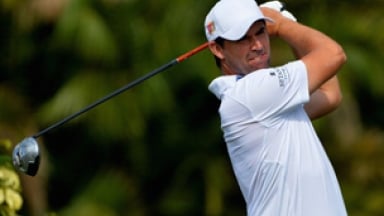 All signs, and particularly the numbers, pointed to another meltdown by John Daly. So what was it like to be in the middle of this? Not a problem for Padraig Harrington. 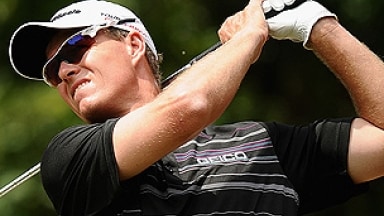 What's in the Bag: John Senden

Take a look inside the bag of the winner of the 2014 Valspar Championship, John Senden. 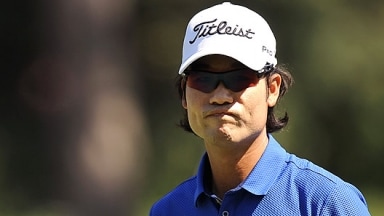 This week should have changed that perception that Kevin Na is a slow player, but it may have enhanced it.