Darkness suspends Round 1 of WMPO 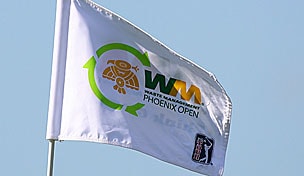 SCOTTSDALE, Ariz. – The first round of the Waste Management Phoenix Open was suspended due to darkness at 5:59 p.m. local time.

Players had the option of finishing the hole they were on, and when it was all said and done, 10 players had yet to complete their opening rounds.

Those who did not finish Round 1 will resume play Friday at 8 a.m. local time. Round 2 will begin as originally scheduled, at 7:30 a.m., same as Thursday’s play, which means players may run out of daylight and not be able to complete their rounds on Friday, as well.