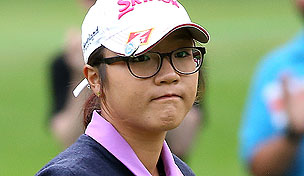 Lydia Ko appears headed toward petitioning the LPGA for a waiver of its age restriction so the 16-year-old can claim tour membership based on her victory at the CN Canadian Women’s Open last week, but her family says they are still thinking through whether to ask for a waiver to be deferred until the start of next season.

The Ko family won’t be making any definitive decisions until after she plays in the Evian Championship in two weeks, but sources familiar with the family's discussions believe she will turn pro by year's end.

Ko’s mother, Tina Hyon, told Golfchannel.com via an email exchange Saturday morning that the family’s decision-making process will intensify upon their return to New Zealand after the Evian Championship. Ko has left more than $1 million in winnings on the table in professional events over the last two seasons by remaining an amateur.

“We haven’t decided to file a waiver for this year or next year,” Hyon wrote Golfchannel.com. “When we go back to New Zealand, the family will discuss this more seriously.”

Ko and her mother did not return to their New Zealand home after the victory in Canada, but have stayed there with friends, according to those who’ve been in contact with the family. Ko and her mother won’t return to New Zealand until after the Evian Championship. Lydia’s father has remained in New Zealand, and sources tell Golfchannel.com the family does not expect to make any definitive decisions about a petition for an LPGA waiver until they are all gathered back together at home with trusted New Zealand Golf advisers.

Ko, however, has the option to turn pro at any time, whether the LPGA grants a waiver or not. If she turns pro without a waiver, she can play LPGA events as a nonmember and collect winnings but would be limited in her access to tour events. In fact, without a waiver, Ko is not eligible to compete in any more LPGA events this year after the Evian Championship.

As a nonmember winner of the CN Canadian Women’s Open, Ko is entitled to claim tour membership. She could claim it immediately and become a member for the rest of 2013 and through 2014. Or, she could defer membership to the 2014 season. However, because Ko is only 16, she can’t claim tour membership without first obtaining a waiver of the LPGA rule requiring that members be at least 18. LPGA commissioner Mike Whan holds the power to grant or deny such petitions.

Despite his heavy concerns about opening a pathway for teens to the LPGA, Whan would seem hard pressed to deny a waiver, given Ko has now won two LPGA titles and has soared to No. 7 in the Rolex Women’s World Rankings. The larger question seems to be whether Whan would grant a waiver to allow Ko to take up membership this year, or defer the waiver until the start of next year, or possibly until she turns 17 on April 24. Lexi Thompson was granted a waiver after winning the Navistar Classic when she was 16 late in the summer of 2011, but the waiver was deferred until the start of the 2012 season.