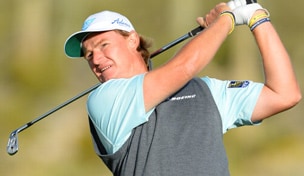 Getty Images
Bubba Watson prepares to tee off on the 16th hole during the second round of the Waste Management Phoenix Open at TPC Scottsdale on February 5, 2016 in Scottsdale, Arizona. (Photo by Scott Halleran/Getty Images)  -

JUNO BEACH, Fla. – There are no Official World Golf Ranking points, no FedEx Cup points, no official earnings, but the Seminole Golf Club Member-Pro may be the deepest field of 2014.

For the first time this calendar, all four major champions from 2013 are playing the same event – complete with all four Grand Slam trophies on display adjacent the first tee – as well as former major champions Ernie Els, Lucas Glover, Davis Love III and Arnold Palmer.

Making the 18-hole shootout even more compelling this year is a complete absence of wind, normally a staple on the south Florida gem, as the early groups set out.

“It’s always a scramble to get an early tee time,” smiled Love, who was in the day’s sixth group off.

Rory McIlroy, who lost a playoff on Sunday at the Honda Classic, was also one of the early starters, but not before an extended session on the Seminole practice tee.